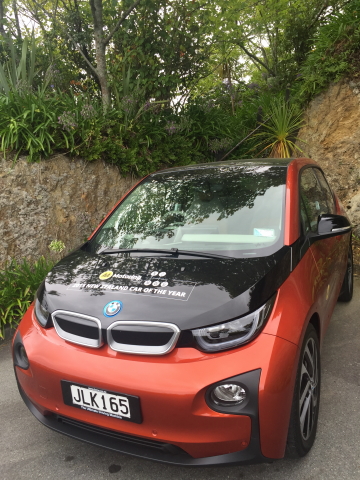 Earlier this month BMW lent me an i3 to try out for a week.

The BMW i3 won the AA New Zealand Motoring Writers Guild Car of the Year title in 2015 – the first electric car to do so. It has also won the World Car Design of the Year Award and the World Green Car Award.

The first thing you notice driving the i3 is you don’t need brakes. It is effectively a one pedal car. Unless you need to stop very suddenly, you just release the accelerator and within a couple of seconds you’ve stopped. When you release the accelerator, the i3’s kinetic energy is regenerated by the vehicle to recharge the battery., which slows the car down.

It takes a while to get used to the inertial pull, but once you do it is more relaxing than a normal car.

The acceleration is rather wicked. You can reach 100 km/hr in 7.2 seconds and you almost bounce out of traffic lights.

The car can go for around 200 kms before needing charging (takes around four hours). So not a car for cross country travelling, but great for around cities. It also has a small nine litre fuel tank as an emergency backup which recharges the battery. 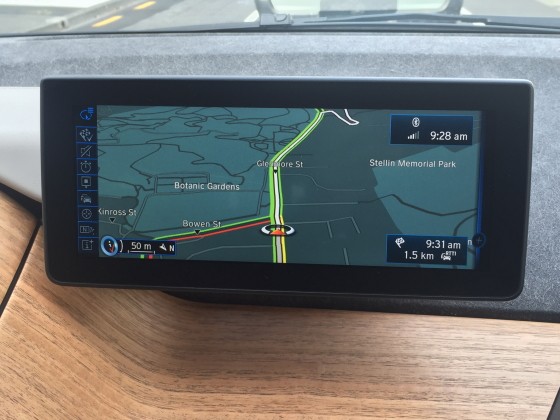 Like all BMWs, it is more a computer on wheels than a car. It even has automated parallel parking. You just pull up next to a car, hit a button and it will reverse into the park for you. Superb. It has all the normal built in GPS, bluetooth etc. 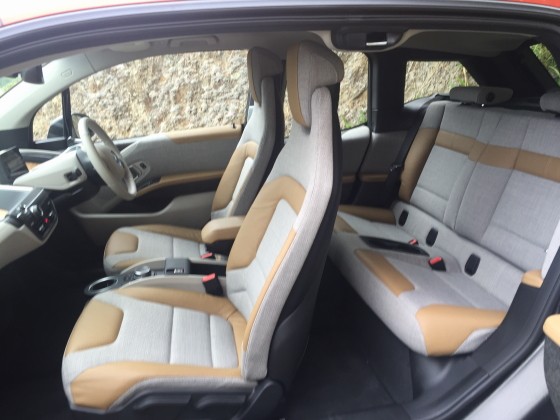 The doors open in opposition directions giving a nice view of the interior. The dashboard and video unit are all quite low down, so that you get an enhanced view through the windscreen.

The i3 costs around $80,000. However the cost of the electricity is around one fifth of the cost of petrol (my estimate), so over time it becomes more cost effective. Also there are no road user charges for electric vehicles (for now).

I have little doubt electric cars are the way of the future, especially as the technology gets better. As a get around town car, I loved it. Beautiful design and smooth driving. Not having to brake all the time was a real plus.