6:3. Like Episode 1, Ep 3 developed the story line quite a bit without any big surprise action bits (Red Weddings or Daenerys flying off on her pet dragon like NeverEnding Story – end of Season 5).

Don’t mess with the Twins! 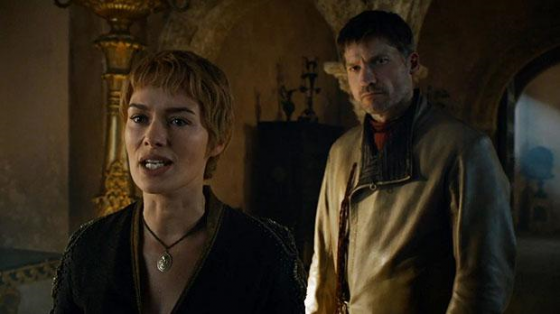 Cersei Lannister upped the ante and with her Mountain at her side has instructed her minions to track down every Lannister critic they can like a Stalin in medieval epic drapery (but with a Sinead O’Connor haircut).  So the odyssey of vengeance torture and death begins from the Red Keep. It’s about time Lannisters started killing people again. I speculated last week her silly little son the King would join her as a Joffrey II. But it seemsThe Sparrow has turned his heart and may make him in to a good King; that will upset Lannister pie carts!

Jamie Lannister is keen to ‘get on’ with Cersei and may join the terrible duo as a Lannister vengeance wrecking ball with an incestuous twist. Loved how Jamie stood up to The Sparrow last week with all his sins admitted and ‘out there’ (might get tricky later – more Walks of Shame’?)

Away overseas somewhere in what I call Dragonville (who can remember all the subjected towns names?) Tyrion Lannister and Varys (one of my favourite characters and lets face it GoT is about the characters) are playing How to Run a Country and Varys expands his spy network with bags of gold.

Jon Snow wakes up from death and disappoints every one by being a metrosexual wimp again (Jon Snow – such a disappointing character; replace him with the big hairy pelt wearing Celt guy leader of The Wildings – that’s who we need to lead the North!). Jon hung his assassins and then spat the dummy – “I’m off to the mall for a cry guys. My Watch Is Done” and wandered off in to the snow. Snow snow-job Yawn. Jon you are the least deserving to be returned from the dead! 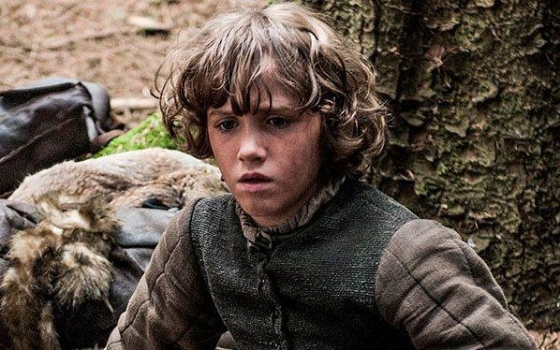 A Stark (Rickon) has been inserted in to the plot indicating the Starks and their “Winter is Coming” are a central family as they have been from the beginning but Rickon has been captured by Ramsay. Ugh; I’m finding this guy too much; it’s unpleasant and he needs a righteous sword through his belly. Please no more ‘reductions’ like with ‘Reek’. Ramsay’s eyes flash happy at the end of this episode and off to the torture chamber with them for some slow entertainment.

Arya Stark is progressing as a Helter Skelter groupee in the halls of the Faceless God and is getting better with her blind Zen stick so she will be out on a mission soon as A Girl Has No Name like Morgan in The Walking Dead.

CRITICISM: I’m bored by the Daenerys goose chase. She was building up quite nicely but she landed on “Go Directly To Jail” and has been sidelined while swooning errant knights go seek her. She ends up in a Dothraki widows’ nunnery with lots of pouting and scowling and ripping off of clothes. Yawn.

CRITICISM: I’m also bored with Tilly and Sam. What is the point? Where is a White Walker when you need one?

Bran Stark is having lots of visions forward and back with Three-Eyed-Raven but has some learning to do from the Man in the Tree. This is a powerful tool in the quiver of House Stark – a cripple who can see the past and future! I suspect this will be the call that rallies all the Starks back together (and maybe the return of Sean Bean as phantom adviser?) as a House to unify the North and ultimately combat Daenerys and her Dragons and the Dothraki.

“Winter is Coming” but – like in Christchurch right now – it was delayed a bit in 6:3 and we’re still in jandals in May. Bring on some drama and pathos in 6:4 Monday! Here’s a Bran Stark forward flash look at episode 4 next week with some helpful commentary and a schedule for 6:4 at the end: