I was surprised by how well Sparrow had managed to transform himself to look like Trump. Despite the 40 or so year age difference, Sparrow really did look, and talk, the part. 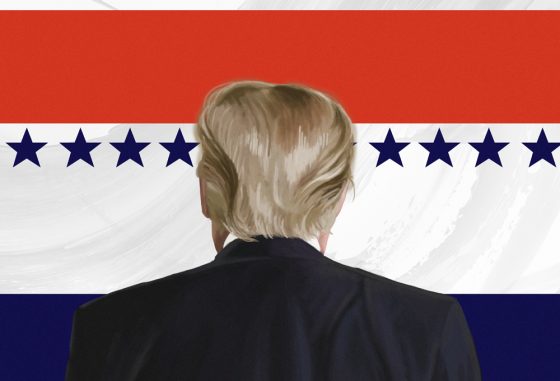 The setting is Trump’s locker room in The White House. He wants the audience to write a book about his victory, which he proceeds to tell us about in his bathrobe.

It’s a dark comedy. You learn how he became President. I won’t give too much away, except to say it involves the Second Amendment.

Sparrow captures well Trump’s unique manner of speaking, with the repetition and his braggadocious style. Trump has said so many outrageous things that you don’t need to be too creative.

However the story he tells is new. It doesn’t just involve the US but also New Zealand and Australia. One of the lines that got the most laughs was when Trump says “I hear Australia has a problem with illegal immigrants also, but down there they call them Aboriginals for some reason”.

You learn Trump’s views on everything from the military to competition.

And all done while gradually Trump changes from his dressing gown to his suit.

A very enjoyable and topical play. The initial broadcast went on a bit too long, but otherwise was a very punchy 60 minutes.

I understand it is sold out tonight, but tickets still available for the final showing on Saturday for those keen.