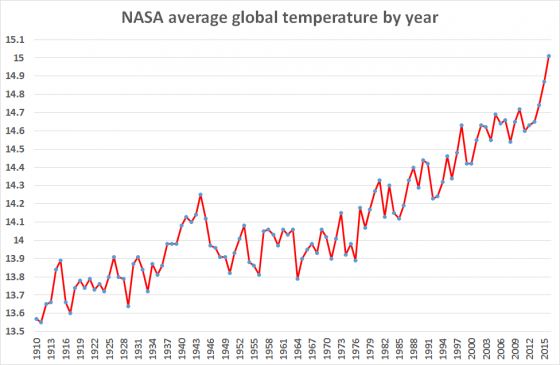 The 2016 data may vary slightly once the final month is averaged but it sure looks like a trend to me.

The data is from NASA Combined Land-Surface Air and Sea-Surface Water Temperature records.