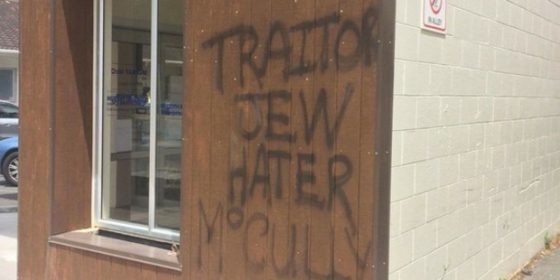 A photograph posted to Reddit shows graffiti on the frontage of McCully’s electorate office in Browns Bay, calling him a “traitor” and “Jew hater”.

A reminder that fanaticism can run both ways.

Being against the current Israeli Government’s policy of unilateral building of settlements on occupied territory does not make you a Jew hater. In fact 40% of Israeli citizens are against the policy also.