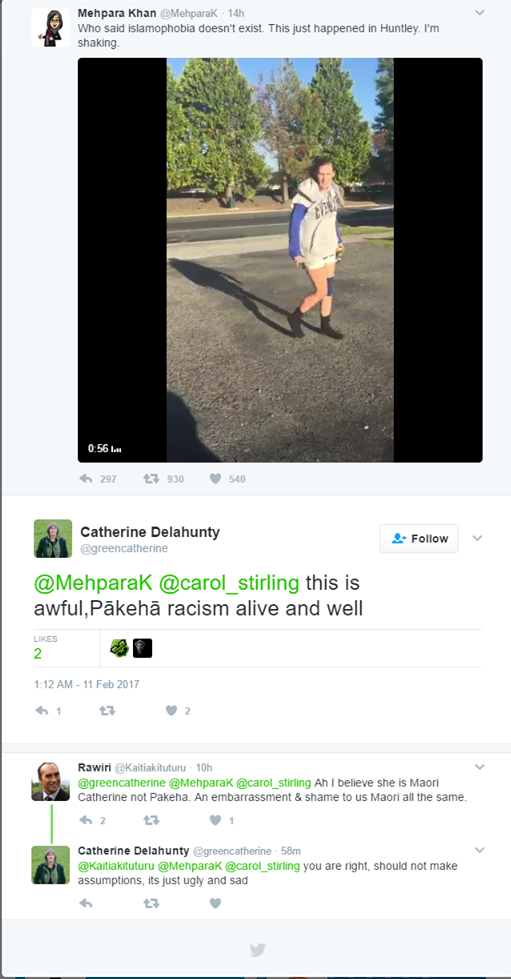 A woman in Huntly made a vile rant against some Muslim women who were walking by. One of them recorded it so we could see how vile some people are and how they treat strangers. Catherine Delahunty the Green MP jumps in and concludes that this is an example of Pakeha racism.

The only problem of course is that the women in question appears to be Maori. Would be sensible for a Member of Parliament not to make assumptions before she labels something as Pakeha racism.