You can tell how worried Labour are that they will lose Hutt South, by how nasty Trevor Mallard is getting on Twitter about Chris Bishop. But his latest tweet was a step too far, and saw him delete it and apologise for it. 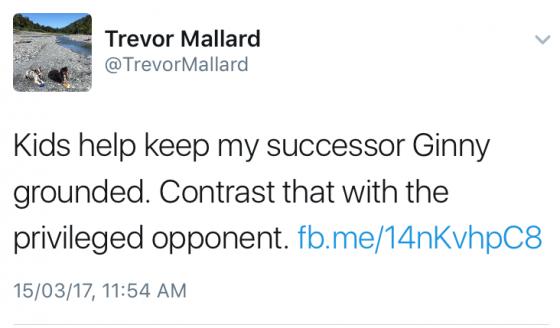 So Trevor is saying that you are privileged if you don’t have kids. As one tweeter responded, that means he is accusing Helen Clark of having been privileged for not having kids.

This was not a random tweet. Trevor has been going on about Virginia having children, and Chris being privileged for some weeks on Facebook.

Now if a National MP made some comment about a Labour MP being privileged for not having had children (yet – Chris is only in his early 30s), it would be major news.