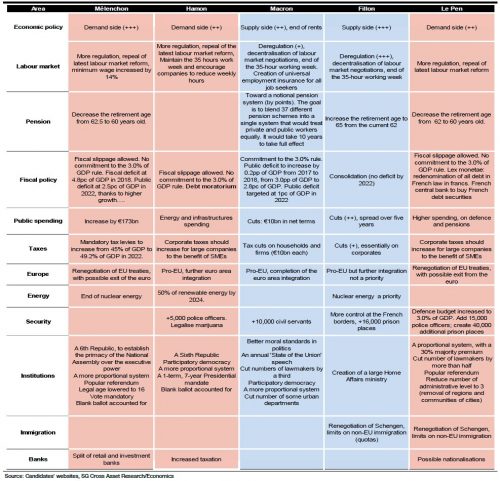 A reader sent me this. Interesting that Le Pen’s economic policies are basically all leftwing. Macron may call himself a centrist but his policies look pretty good. They include: