With developed countries, migration of citizens almost always is strongly from smaller countries (actually cities) to larger ones.  Kiwis move from Auckland to Sydney. Aussies move from Sydney to London. Poms move from London to New York etc.

So how many Kiwis are leaving, and have been leaving? 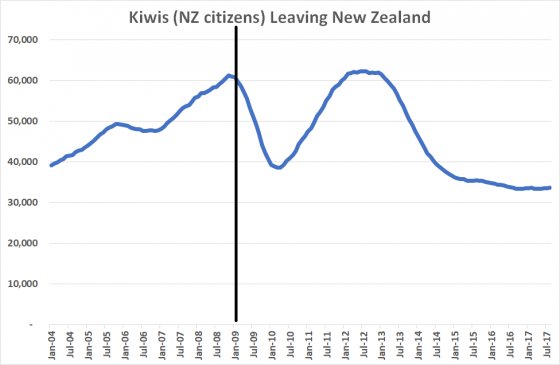 Now nothing wrong with Kiwis leaving to do their OE etc. But it is nice to have them back. So have they been returning? 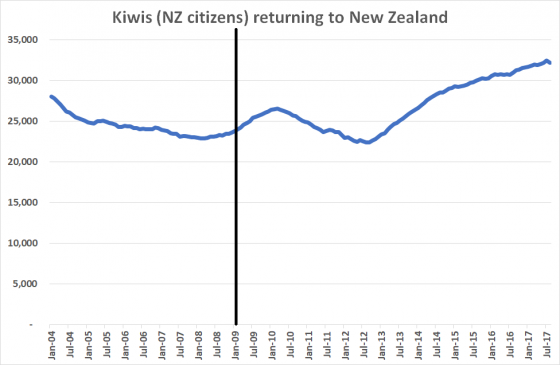 What does this mean for net migration of New Zealand citizens? 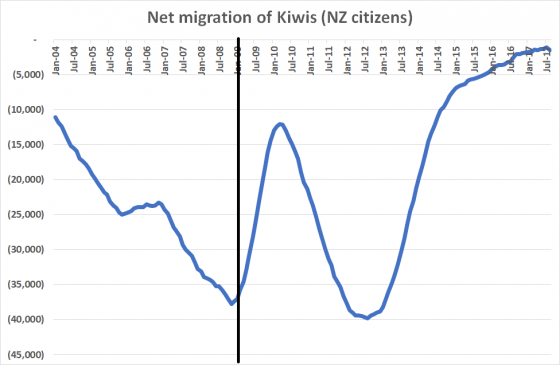 That is a huge turnaround. And even bigger when you consider the cumulative sums.

In the last three years of Labour, the net loss of New Zealand citizens was 93,630.

In the last three years of National, the net loss of New Zealand citizens was just 9,530.