Newshub have run a story promoting Bigot Bingo, taken off someone on Reddit. In their desperation for Newshub they are smearing anyone that is basically not a left wing activist. In fact if you even criticise Labour or the Greens, you are a bigot.

And again some wonder why trust in media continues to plummet. 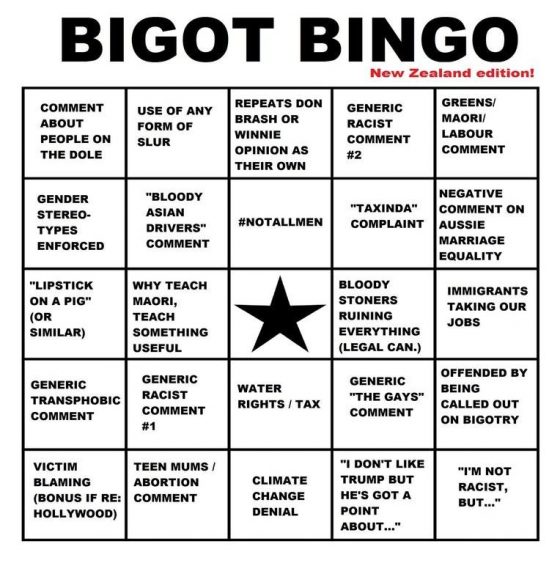