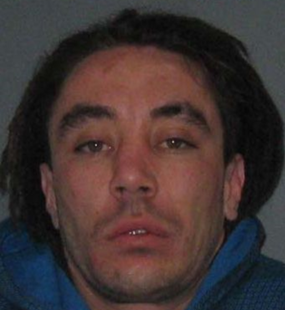 His second strike offence was wounding with intent to cause grievous bodily harm. He attacked a man in central Auckland with repeated punches before stabbing him in the chest with a knife. The victim was fortunate not to die. The knife punctured his heart. In the emergency surgery to repair it his heart stopped beating and he only lived due to manual massage of it by surgeons.

For this random and unprovoked attack, Conchie received a sentence of just 5 years 2 months imprisonment.  Three strikes ensures he serves the full sentence without early release on parole.  The sentencing Judge indicated she would impose a minimum non-parole period of 60% of the sentence, were it not for Three Strikes removing parole eligibility. So he could have served just three years for almost killing someone.

His first strike offence was an aggravated burglary, in which he kicked down the door to a residence armed with an air pistol and threatened to kill an occupant.  For this armed home invasion he received a sentence of 2 years 8 months imprisonment.

Conchie is understood to have over 30 criminal convictions as an adult, including at least two convictions for threatening to kill, as well as possession of offensive weapons.  He is a P user and addict and a clear and present danger to the community, repeatedly attacking people at random.  If the bar for Preventive Detention was not so high, he would be a perfect candidate.

Under Three Strikes, Conchie remains in prison until at least August 2021.  Without Three Strikes, he would be eligible for release from prison by the Parole Board as soon as July 2019.

It seems inevitable that Conchie will eventually graduate to a Third Strike and will then be subject to the maximum sentence available for the offence committed.