Yeah I know the battle has been won, but this one was all ready to go, so a final (until they try again) reminder of a second striker that Labour wants to allow out on parole.

The police sergeant assaulted retired from the force after this attack. 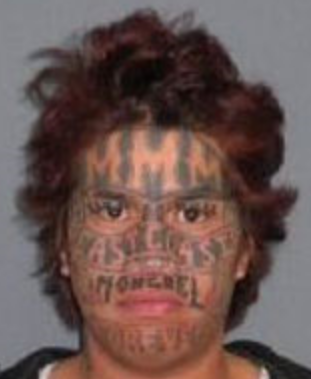 His first strike offence was for kidnapping for which he was sentenced to 2 years imprisonment.  He and some of his Mongrel Mob associates confronted a business owner and detained him against his will while threatening him with a sharpened screwdriver held to his throat.

A Mongrel Mob member, Tangitutu has a very extensive list of criminal convictions according to the Judge who last sentenced him, however the exact number is unknown. We do know they include “offences of serious violence” and started at age 16.

Three strikes prevents him being released early by the Parole Board as he must serve his second strike sentence without eligibility for parole.

Under Three Strikes, Tangitutu will remain in prison, ineligible for parole, for at least two more years than if Three Strikes was not in force.