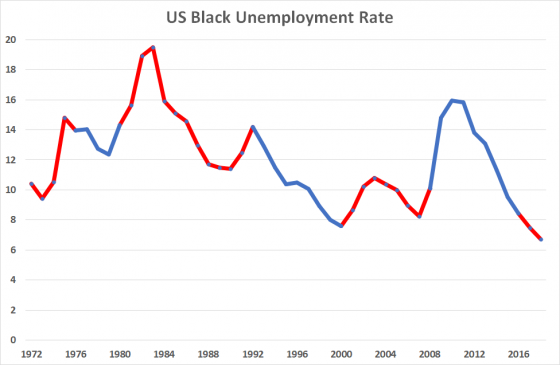 There’s been quite a lot of focus on the fact the Black unemployment rate in the US is the lowest it has ever been. It fell below 5% a couple of months ago and the average so far this year is 6.7%.

I’ve charted the annual average since 1972, with red and blue for Republican and Democrat presidents. Not that it is of course all about who is President, but still interesting to see.

Obama saw a massive increase in his first two years to 16% but then six years of decline to 8%.

Trump has seen two years of decline from 8% to 6%.