Another round of petrol price increases has motorists paying almost $2.50 in main centres, prompting calls for the Government to signal how it could intervene in the market.

Overnight on Thursday the major petrol companies added 4c a litre to petrol, taking 91 octane or “regular” petrol to $2.489 in many parts of the country.

In Auckland, where the Government has introduced a regional fuel tax, at least two stations are charging $2.499 a litre, according to crowd sourced price monitoring company Gaspy.

The Government has intervened in the market. It has introduced a new regional fuel tax and also increased the national fuel tax. That is part of the problem. 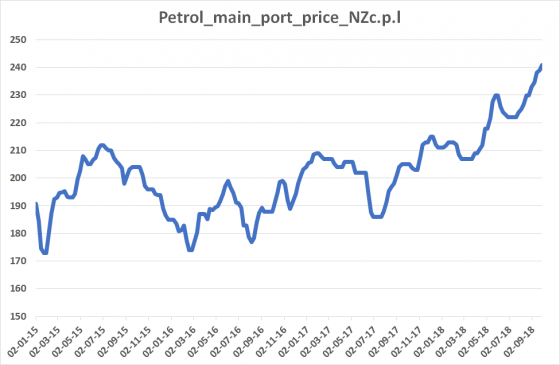 The MBIE data show how much prices have increased in the last year. They were at $1.85 and now have exceeded $2.40.

That extra 65 cents a litre hits families hard. The average medium size car does 1,250 litres a year so that’s a huge $800 more a year.