On Sunday around 100 of us went from Delhi to Agra, courtesy of three of the local sponsors.  We were going primarily to see the Taj Mahal, but also visit the local markets and see the Agra Fort. 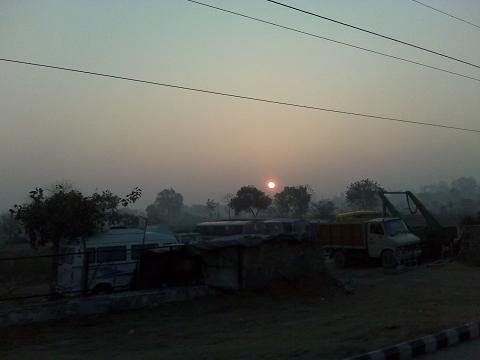 Departure time was 6 am. A very red sun was coming up as we left.  Superman would be powerless until it turned yellow!

It is only 250 kms to Agra but just getting through Delhi and through Agra adds a couple of hours on at each end – we didn’t get there until 11 am.  The bus was very comfortable though and spent most of the trip learning about the Isle of Man, as Phil, the guy next to me, is the country code manager for .im. Jeremy Clarkson lives on the Isle and they have almost no taxes there so that’s two great things about it.

They had a fridge on the bus with soft drinks and beer so that made the trip over pretty good. 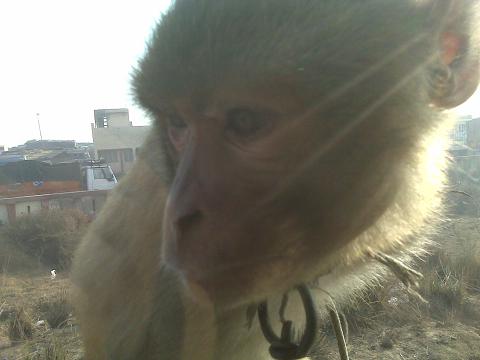 Whenever the bus slowed down, you would get surrounded by people trying to sell things.  They would even pull the window open and throw things on your lap, and then ask for payment.  Or in this case place their monkey on a stick close to the window.  And if you take a photo of it, you have to pay them. 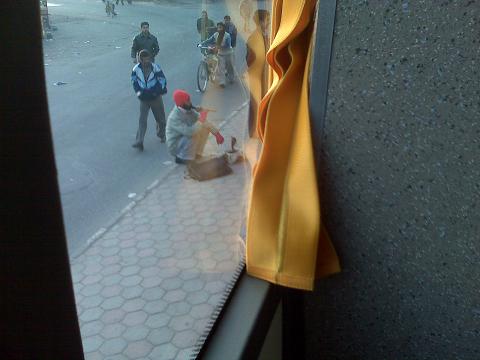 You can just see here a snake charmer performing.  The snake did actually respond to the music but also got tired after a while and went to sleep – so the charmer poked it a couple of times to get it performing again.  Personally I’d not poke any snakes myself! 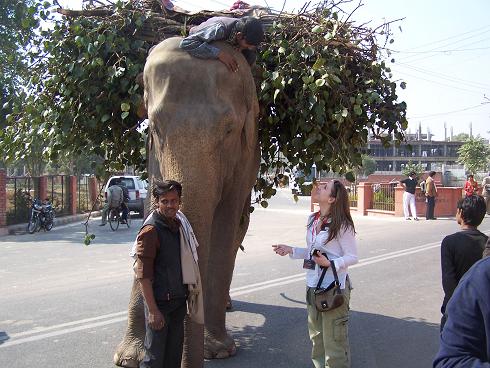 Cristin from the Registrar Constituency making friends with the elephant and its owner.

Everywhere you go in India it seems you see cows, steers, monkeys, donkeys and elephants on the roads.

From 11 am to 5 pm we toured the Taj Mahal and Agra Fort (separate posts on them) and then headed back home.  The trip up was great as we were all raring to go, but on the way home we just wanted to get to bed and we didn’t get in until 11 pm.

The worst thing was trying to sleep on the bus.  You see the convention in India is to honk your horn if you want a vehicle to get out of your way.  This isn’t seen as a rude thing (as in NZ where someone might bash you for it) but is common courtesy.

The problem is this meant the driver honked his horn – oh around every 45 seconds or so.  So you’re trying to nod off, and then HOOONNNKKKK and your head snaps up alert, and then just as you relax again, then HOOONNNKKKK again.  Now imagine that for five hours and you get the idea.  Don’t get me wrong – to was worth it to get to see the Taj etc but it was tiring. Big thanks to Logix Boxes and the other sponsors for the trip.