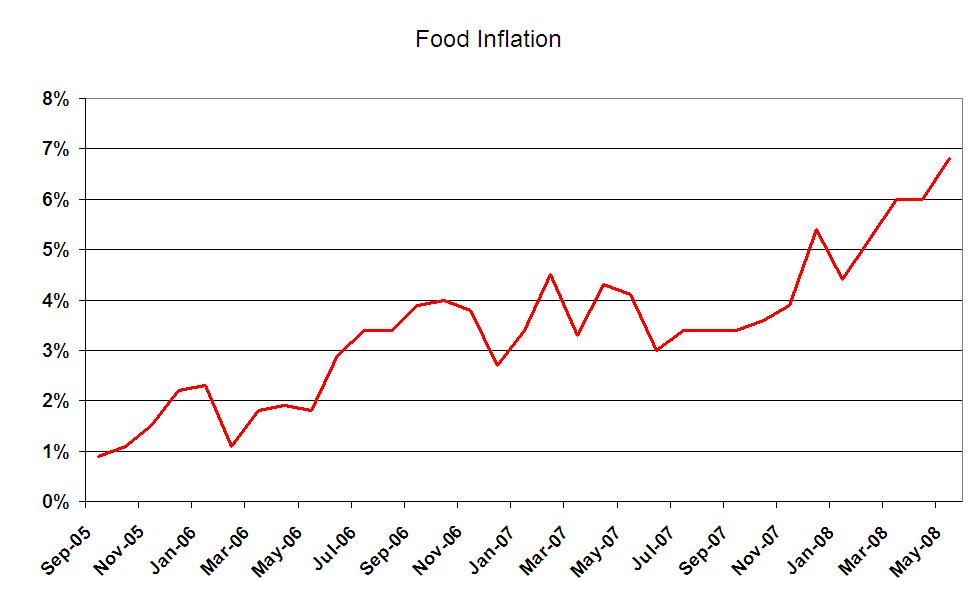 Stats NZ released the May 2008 monthly food price index results today, and it confirms what everyone knows. I’ve graphed below food inflation since the last election. It has been trending up almost constantly for the last three years.