Sadly for me, not all my time overseas was a holiday. In Paris I also attended an IDU meeting. The International Democrat Union is a grouping of centre-right parties from around the world – around 95 parties are now members.It was founded by Ronald Reagan, Margaret Thatcher, Helmet Kohl and Jacques Chirac.

I’ve been involved in the IDU and IYDU for a number of years. This meeting is the big one though – the party leader’s meeting which is held every three years. The last one was in Washington DC in 2005. 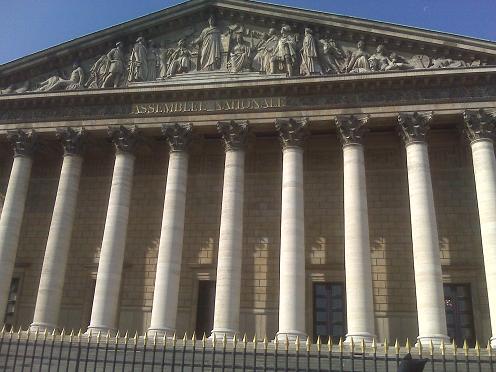 The French National Assembly where we met for the Party Leaders Plenary. There were representatives from 46 countries, including eight Prime Ministers and a further 24 Party Leaders. The Prime Ministers included France, Croatia, Denmark, Georgia and Iceland. Some of the Leaders included David Cameron (UK), Bosnia, Chile, Ecuador, Lithuania, Sri Lanka, Nicaragua, Norway, Peru and Portugal.

The Conference lasted for two days with Regional meetings on Wednesday morning, an IDU Executive meeting on Wednesday afternoon and the main plenary session on Thursday. 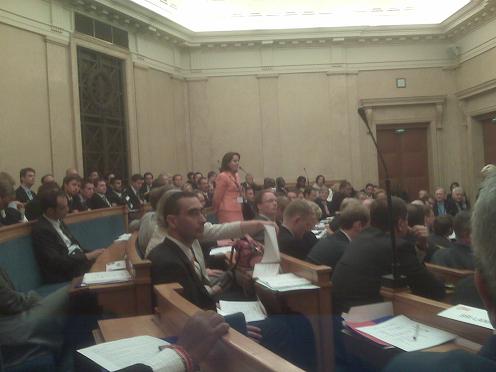 The lady speaking is an Opposition Leader from Venezuela. A growing number of attendees are from semi or fully autocratic countries such as Venezuela, Cuba and Belarus where their parties are banned back home. It is quite inspiring talking to them and realizing how much they risk to get what we take for granted. 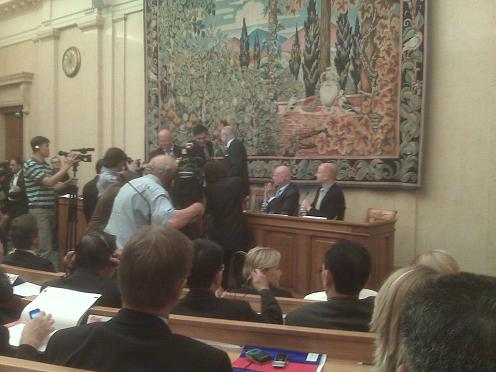 John Howard (IDU Chairman) greeting the French Prime Minister – François Fillon. The French PM gave one of the best speeches I have heard – hard to believe it was from a French politician. He quoted economic heroes of the right and the merits of free trade and liberalism which is not socialism or conservatism. I am going to try and get a copy – it really was that good. 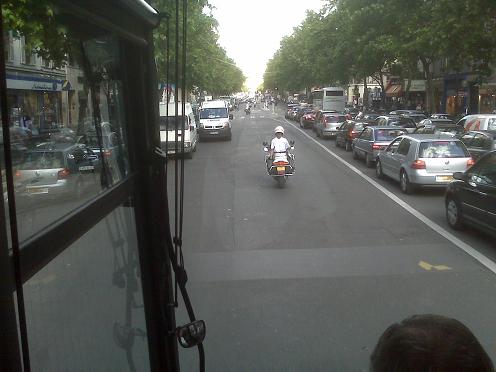 On the Wednesday Night we were taken out to the Elysee Palace to meet President Sarkozy. The bus even got a police escort who cleared traffic for us, and you can see us travelling on the wrong side of the road here. A lot of pedesterians were wondering who was on the bus to warrant such treatment and must have been very disappointed to see me on the front seat. Mind you there were also half a dozen Prime Ministers with us! 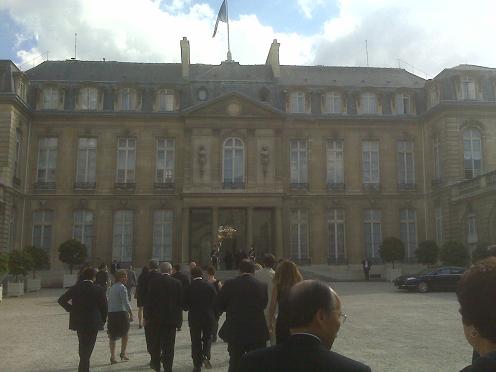 The attendees are entering the Palace. Quite unusually there were no security checks (despite us all having been told to bring our passports. We were just escorted from the bus straight into the Palace without even a metal detector. 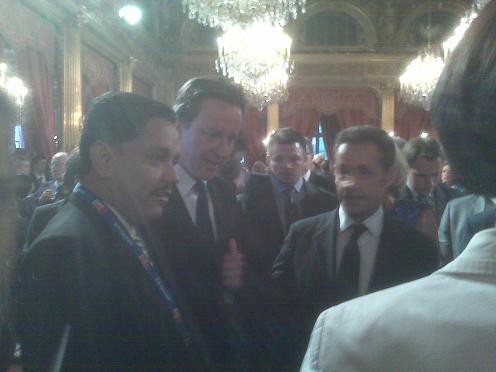 I did get to meet President Sarkozy (who is even shorter than Winston!) and The Stig remarked to me that it was the first time meeting someone who actually has his finger on the bomb!

The photo above is a poor quality one (taken via cellphone) of Sarkozy and UK Conservative Leader David Cameron. Cameron was in attendance for the full two days, and is a very engaging personality. He is quite charismastic and a good public speaker, but also very engaging on a one on one level. You feel you are talking to a person, not just a politician. 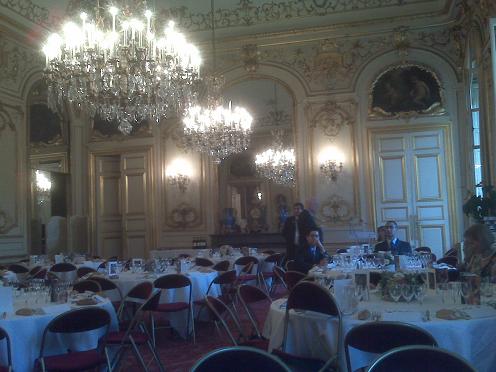 After a couple of hours of champagne and nibbles at the Palace, we were taken to the Senate for a reception dinner. Also a fine venue, to say the least. And the food was absolutely first class. 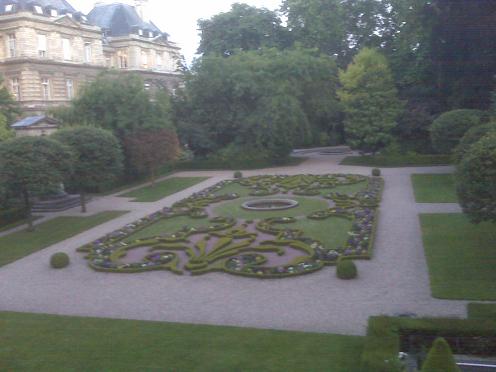 This was taken out the window of the Senate. What is really amazing is the photo was taken a bit after 10 pm. Paris has amazingly long days, staying light until after 11 pm. It was one of the many things I loved about the city.