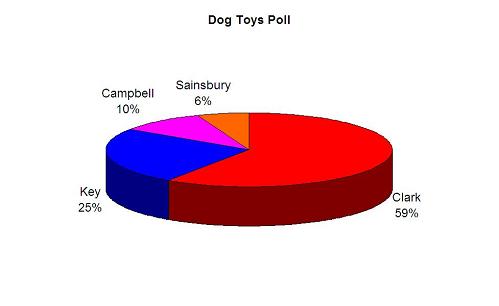 Helen still has a commanding lead amongst the pooches and Campbell is also beating out Sainsbury.

Sideswipe also has this photo and story: 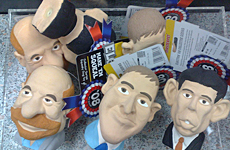 Jarrod was in an Animates pet store last Saturday, getting the usual supplies for his animals, when suddenly he realised he was being watched … by John Campbell. “In front of the counter was the attached picture. Special-edition ‘Election 08’ chew toys for dogs. I don’t need to explain who is who in the photo – they really are that good. However, there was someone missing , so I asked the staff, ‘Where’s Helen?’ … The staff replied, ‘She’s sold out’.”

Also Stuff had this story on Tuesday regarding the promotion.