The Reserve Bank has dropped the Official Cash Rate by 100 basis points, as many had predicted. 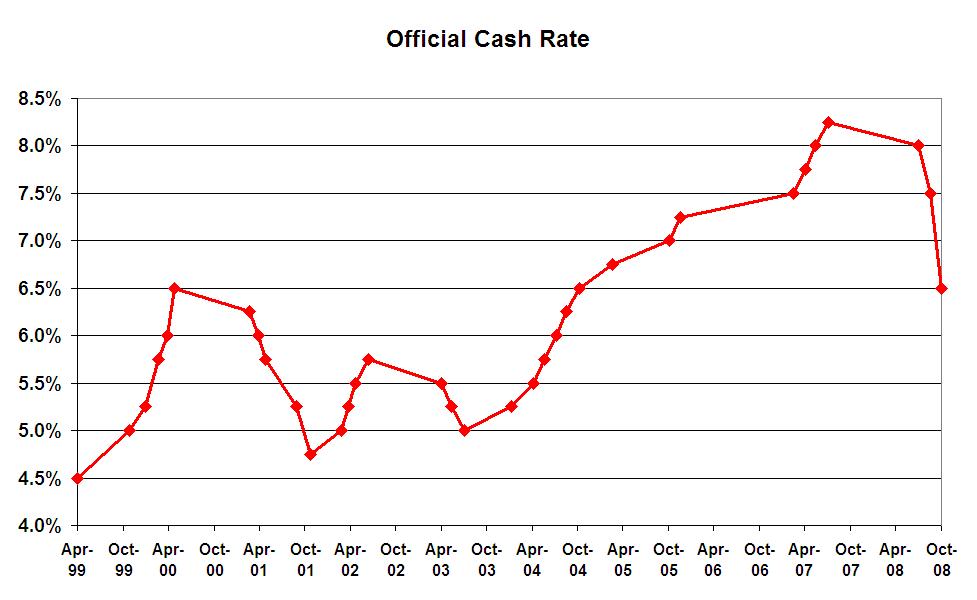 This is the biggest ever single movement – previous moves had been as high as 50 basis points but never a 75 or a 100 before.

“With weaker short-term growth and sharply lower oil prices we now expect that annual CPI inflation will return to the target band of 1 to 3 percent around the middle of 2009. However, we still have concerns that domestically generated inflation (particularly in labour costs, local body rates, electricity prices and construction costs) is remaining stubbornly high.

The domestic inflation is what causes the risk of stagflation.

“Consistent with the Policy Targets Agreement, the Bank’s focus will remain on medium-term inflation. Should the outlook for inflation evolve as projected we would expect to lower the OCR further. However, the timing and extent of OCR reductions over the coming months will depend on evidence of actual reductions in domestic cost pressures as well as how the global financial developments play out.”

I can think of some domestic costs that could be reduced!