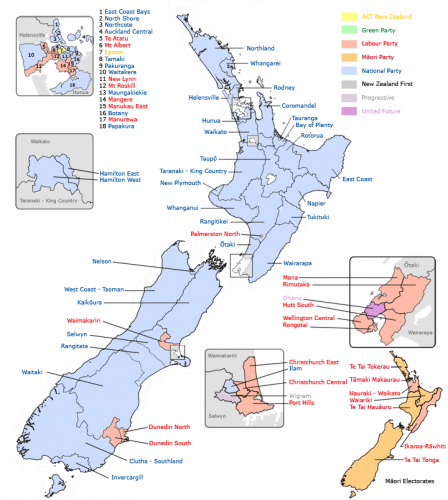 Wikipedia has this great map of the country. Outside some metro seats, the North Island is all blue except for a speck otherwise known as Palmertson North.