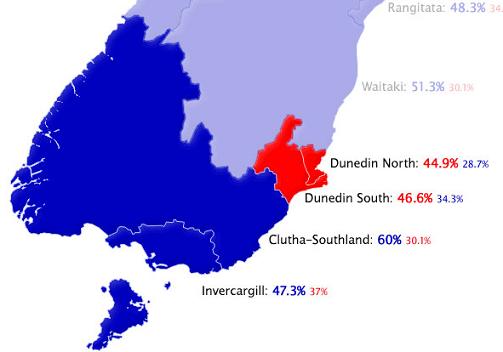 Dunedin remains happily red. Labour beats National in the party vote by 16% in Dunedin North and 12% in Dunedin South. This is a lot better than 2005 though when the margins were 29% and 28% respectively.

That’s the end of the series. All graphics taken from the NZ Herald. When final results come in, I’ll provide a lot more data.