A group of us did the City to Sea Walkway yesterday.  It was (for me anyway) the hardest of the walks, and I thought it would be one of the easiest.

It goes from Bowen Street to Island Bay and is only 12 km long. Having done the 16 km Northern Walkway, with three large hills in it, I thought this one would be easier.

It wasn’t. Partly because the sun was scorching and the water supply limited. But mainly because the walkway goes up every slope it can find. 20 small slopes is harder than three big ones.

Having said all that, it was great to discover some hidden walkways, and again get some great views. 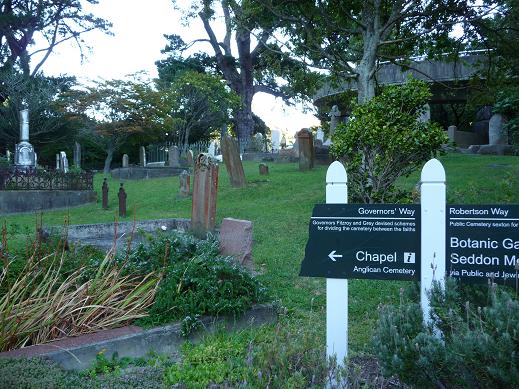 The start of the walkway by Bowen Street. You head through the historic Bolton Cemetery. 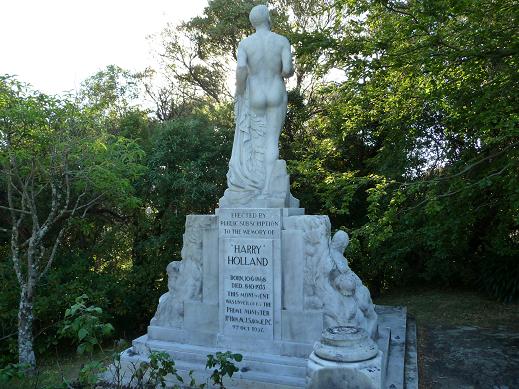 The marks the grave of Harry Holland, the first Leader of the Labour Party. I don’t know why they chose a naked man to go on it! 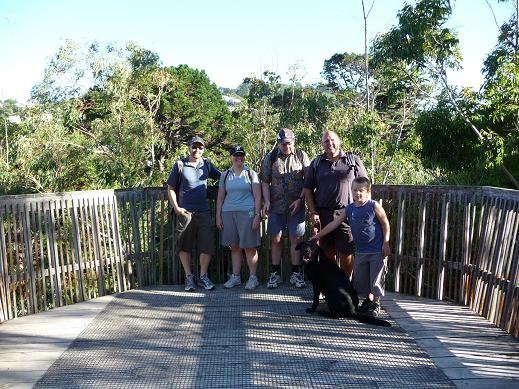 This is one of the lookout points in the Botanical Gardens. One can spend years going there, and not realise how many paths there are. 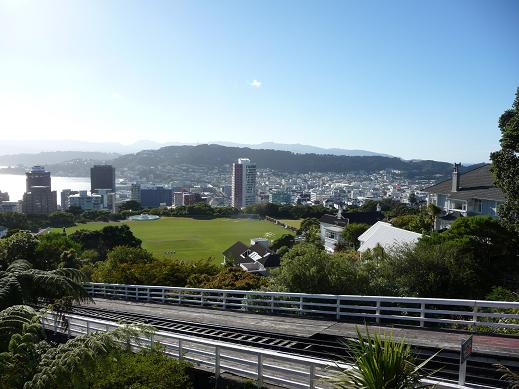 The well known view from the top of the Cable Car. You then walk down to Kelburn Parade from there. 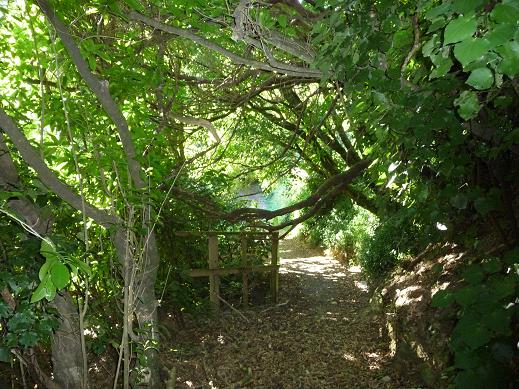 This little hidden bushwalk is actually at the back of Kelburn Park, trailing down to Salamanca Road. No idea it was there. 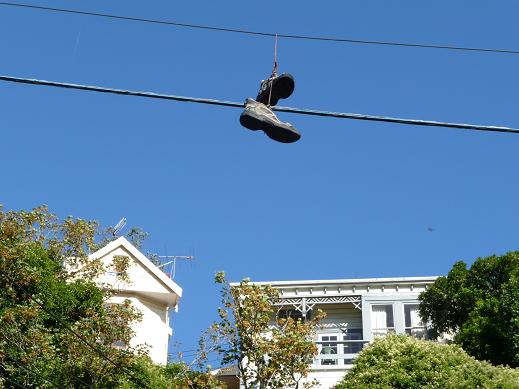 You then leave Kelburn, head along the Terrace and cross into Aro Valley, entering next to the Community Hall, and then heading up Aro Street.  This shot is from Epuni Street. If you don’t know what shoes thrown on a power line means, don’t ask 🙂 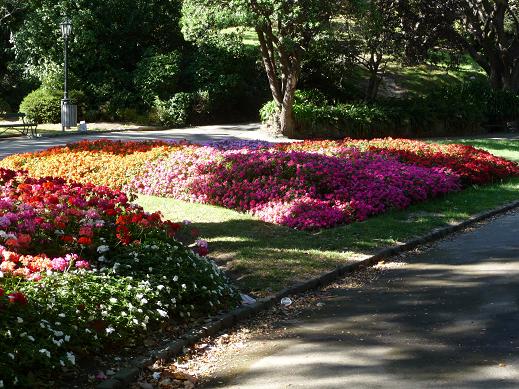 From Aro Valley you go through a couple of parks and then hit Central Park, above. A bit of a climb through Central Park and you come out above the Renouf Tennis Centre. Found a good place to watch games on the cheap from. 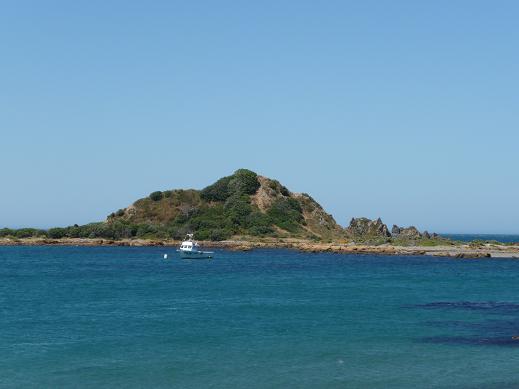 I was too stuffed to take many photos in the latter stages. We go through a dozen parks or so including the Berhampore Golf Links, eventually ending at Shorland Park in Island Bay. This is Tapu-Te-Ranga Island, which the Bay is named for. I’ve slept on it!! 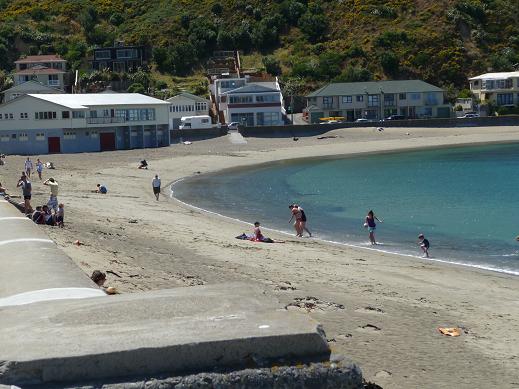 And the beach at Island Bay. Not often you get people in the water (it opens onto Cook Strait) but it was a bloody hot day.

I took a wee shortcut for the final stage as I was wilting under the heat, so am going to redo it at some stage, just so I can tick off every last hill!