iPredict has some new stocks. But before we go into them, I find interesting the movements in this stock: 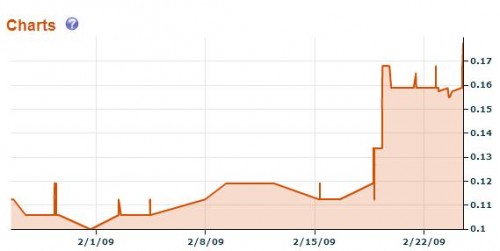 But the market has shifted the share price from around 11c, to almost 18c, which is a significant increase. This is obviously a reaction to the two TV polls.

Anyway to the new stocks:

I thought it might be interesting to look at the economic stocks for once. I don’t tend to focus on them so much as I am a better politician than I am an economist 🙂

But they are interesting as to what the market is expecting:

What would be interesting is to see somewher how iPredict did on previous economic data – was the level immediately before release of the key stat, correct?