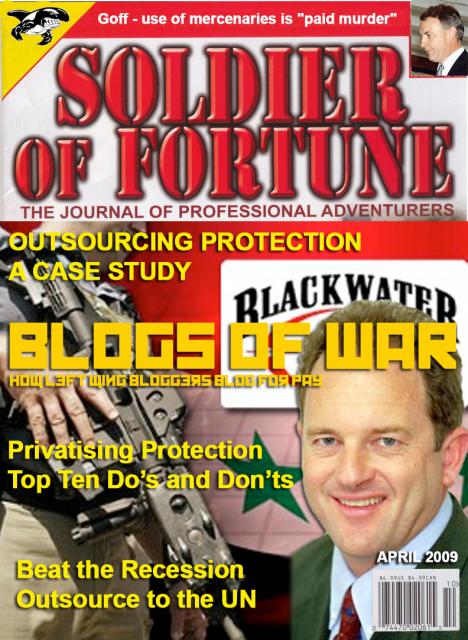 Don’t you just love the titles? Also by coincidence one of the chapter titles in Outsourcing War was “Give War a Chance”, which is also the title of the famous P J O’Rourke book. I am off to hear the great man speak tonight.