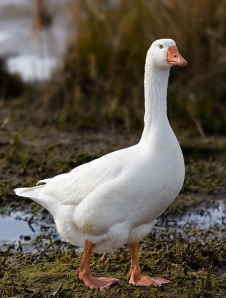 Satire at its best in the Dim-Post:

Citing the importance of robust opposition to a healthy democracy and the Labour party’s poor performance in holding the government to account, the Governor General Sir Anand Satyanand took the unusual step of directly intervening in the affairs of Parliament, making changes to the house that have shocked some, but drawn praise from many political and legal experts.

Emphasising Labour’s lacklustre record and the importance of an opposition party in scrutinising Ministers actions and speaking truth to power, the Governor General dismissed Mr Goff and the rest of his Labour MPs and on the same day swore in ‘Tiberius’, a four year old domestic Grey Goose who will act as opposition leader and sole opposition MP.

Tiberius is a great name for a goose.

The new MP has already made a strong impression on the government and its coalition partners; when Justice Minister Simon Power rose yesterday to introduce his new Search and Surveillance bill he was met with a tremendous quacking, honking sound, made by former Greens co-leader Jeanette Fitzsimons; the sound awoke Tiberius who rose on his hind legs and rustled his six-foot long wings at Mr Power who then withdrew from the Chamber. The bill was defeated and will not proceed to Select Committee.