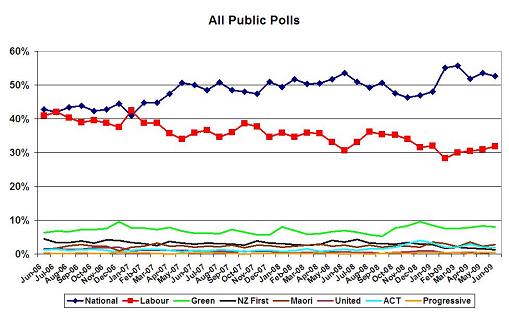 Not a big change to the polls in June. I’ve just put out the June polling newsletter that has details of poll in NZ, Australia, UK, US and Canada. You can subscribe to it at this page.

Gallup have been polling since WWII and allow you to compare Presidents at the same stage of their presidency. At Day 171 this is how the post WWII Presidents ranked:

Now to be fair to Obama, the higher ratings tended to be the earlier Presidents, but nevertheless it shows the challenges ahead for him.