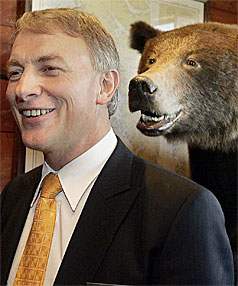 The gift that keeps on giving for caption contests. From the Dominion Post. As always funny, not nasty.