Tuesday morning (Wed in NZ) was a tour of areas which had previously had lava flows on the big island. 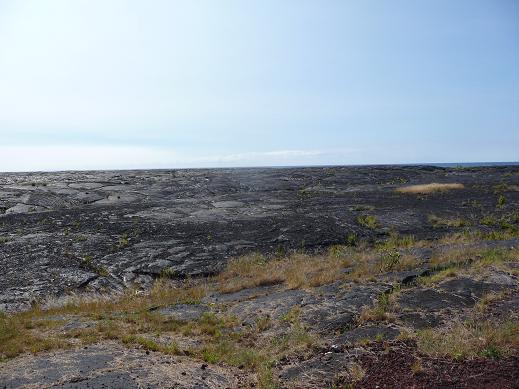 First we headed down to the black sands beach. The last 200 metres or so it is solidified lava from a flow around 15 years ago. The surface itself is no longer hot of course, but the sun reflecting off the black surface made it fucking hot. I reckon you would not survive a day out on it, without water. 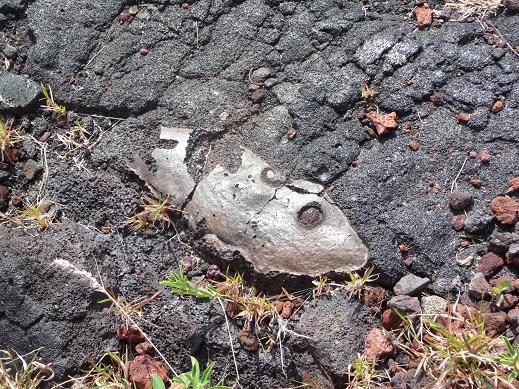 The lava formed around a fish when it flowed, and a bit like in Pompeii, you can see the shape it was. 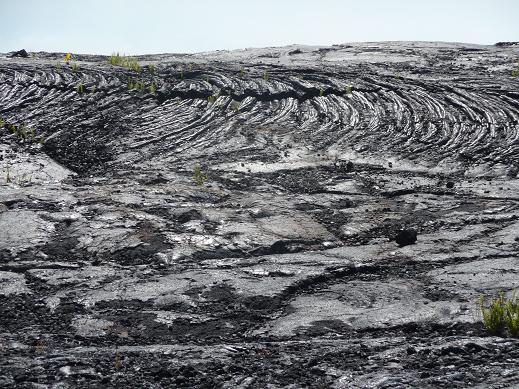 Looks bloody inhospitable, but even after just 15 years there is some plant life returning. 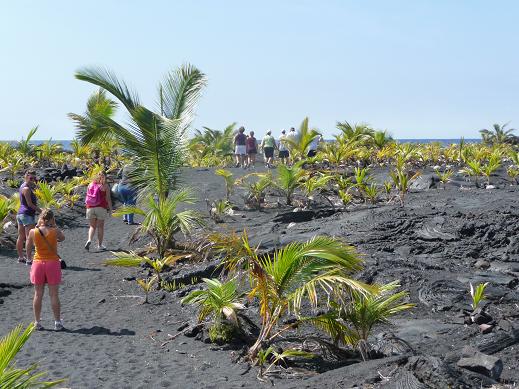 Out towards the sea it has become black sand, and some planted tress are doing well. 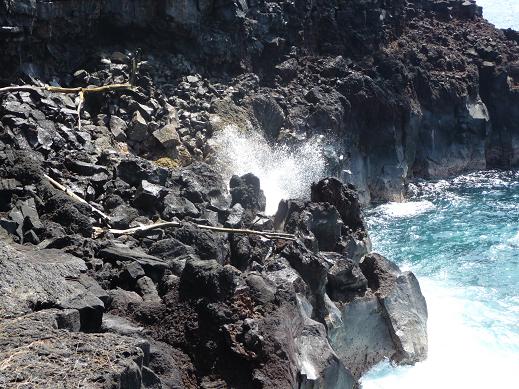 We then headed to a second site, with the lava formations being from the 1950s and have been shaped by the tide. 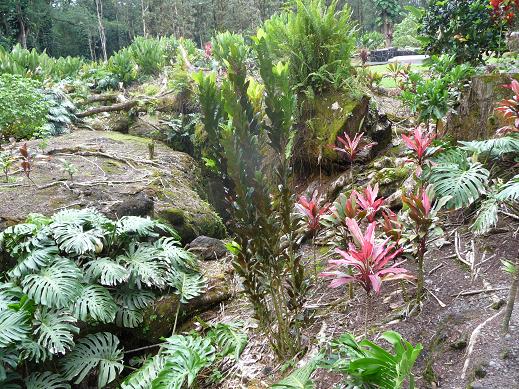 This site was swept by lava 210 years ago and it almost fully restored. You can see the crack in the ground caused at the time, running through much of the site. 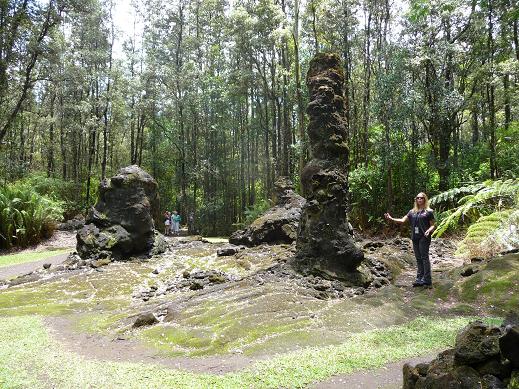 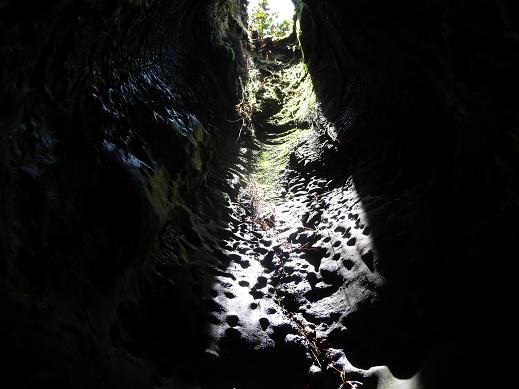 Well this in the inside of the lava tree. So it formed around the tree which of course died off, leaving the hollow lava structure remaining 200 years on.

I found the trip really fascinating and give it a B+. There are not many places in the world where you can walk over lava flows from 15 years, 50 years and 200 years ago and learn all about them. I highly recommend people do this if you are into geology etc.