On Sunday (Monday NZ time) we berthed at Maui and went out snorkeling. The boat was operated by the Pacific Whale Foundation. 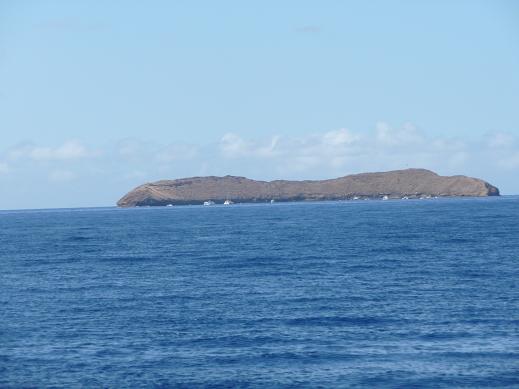 First we went over to the Molokini Crater (pictured above) and snorkeled for an hour or so there. 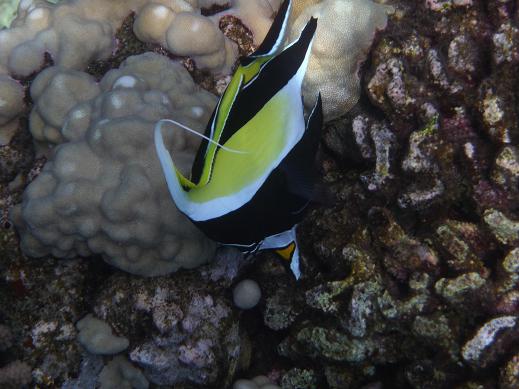 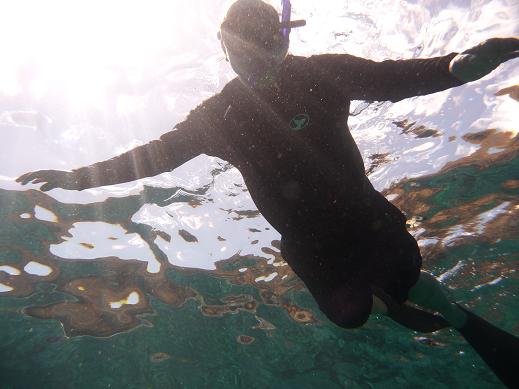 I probably shouldn’t blog this one, but an unusual shot as the photographer dived down and took it from below as they were heading up. The sun up above gives a nice halo effect behind me! 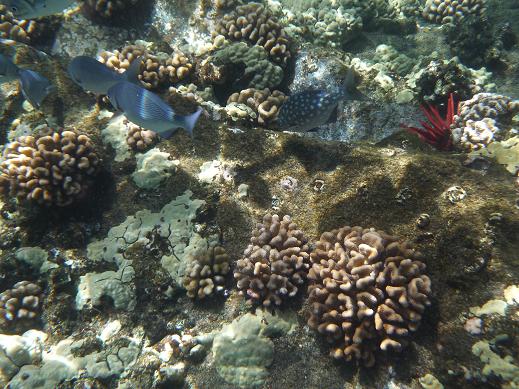 Another underwater shot of the fish.

It got pretty choppy towards the end of the first snorkel, and getting back onto the boat was quite a fun challenge as the ladder would move up and around by a metre or two as you are trying to grab it, or even more fun while holding onto it. 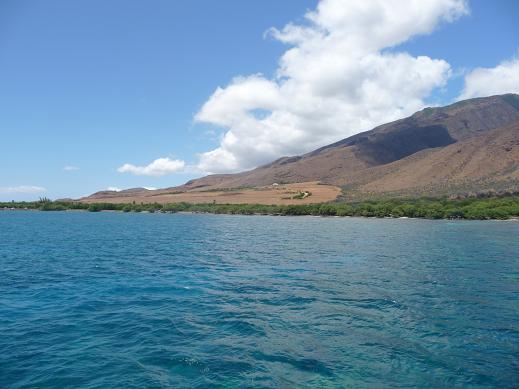 The only mishap was one guy got seasick and ran to the side of the boat to chunder. Sadly he did not make it, and chundered over me and the girl behind me. I joked that I had not been chundered on since university! The staff were great and got me a change of top and a shower down.

We then went to Turtle Arches where the sea turtles are. This second spot had great coral – almost as good as the Great Barrier Reef. 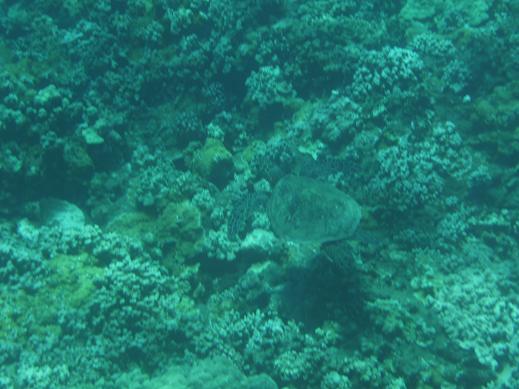 A sea turtle swimming away. 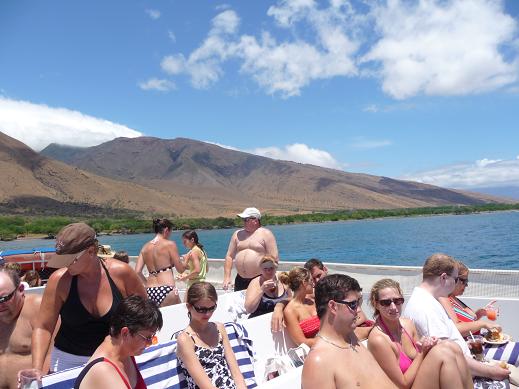 Then we had the trip back to port. “Captain Doug” announced to cheers that not only are we getting lunch, but an open bar. So had several mai-tais on the return trip. Above is the boat on the way back.

The staff were superb with their attitude and friendliness. The snorkeling was damn good also. Better than most Pacific places I have been to. And the water and climate was great. Highly recommended – I’d give it an A.