At the weekend, headed up to Busted Blonde’s rural retreat in Wairarapa. Was a very pleasant day with lobster and sausages and some nice lamb chops which up until around three hours before dinner was prancing around the paddock. Always a bit weird to eat something that you have seen alive just before dinner!

Busted had her parents and son, with her and her Aussie Rock. Lots of fun conversation. One hilarious part was when these was a discussion of her son’s exes, and I suggested maybe one could discuss Busted’s exes instead. Her son piped up that he had a poor attention span so didn’t think he could pay attention to the entire list. Busted’s yells of protest about not saying mean things about her in front of her mum didn’t have much effect – I even got a reference to the Green Parrot in there.

Anyway the highlight came after dinner, where her Aussie Rock proved he was as good with his hands as he is with his …. mind. He brought out his miniature plane which he had made. 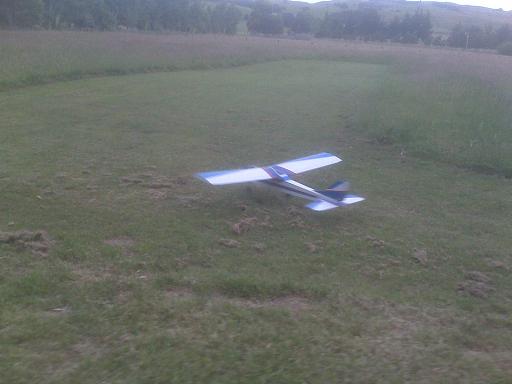 I had wondered what the strip of lawn was for in the middle of the paddock. Now I knew – a runway. And along it goes. 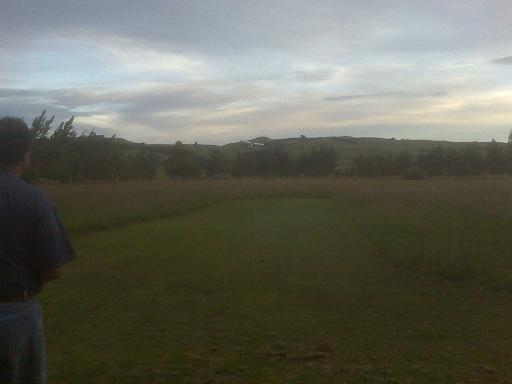 And we have takeoff. The plane had great lift – not quite a harrier, but could climb quite dramatically when needed. 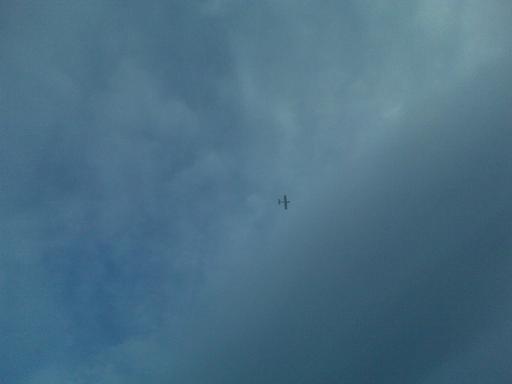 The plane could go up hundreds of metres easily. It was damn fast also – I’d say it could give a car a good run for its money. I’m not sure what the range is, but it looked to me that it could get up to a km or so away without difficulty. 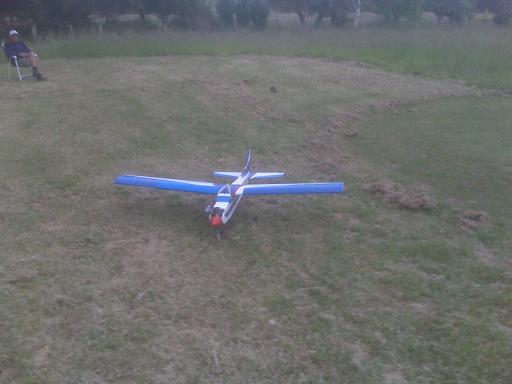 And it successfully lands again.

I really enjoyed the drive to and from the Wairarapa. The traffic was light and got over the Rimutakas in under 20 minutes. There are so many great rural roads out there, that at some stage I want to spend a few days there just exploring the more remote areas.