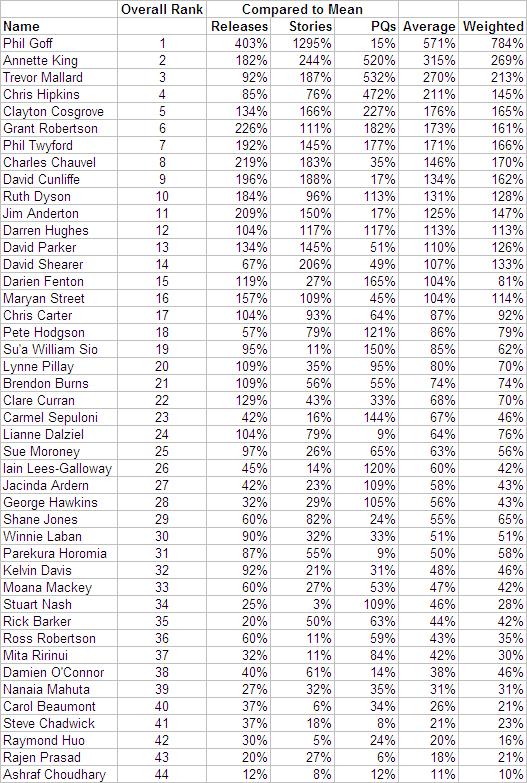 I blogged yesterday some rankings for Labour MPs, based on their number of PQs, releases and news stories.

Rob Salmond helpfully suggested that rather than just averaging out their ranking in each category, I should measure how from the mean each MP is in each category and average those out. I’ve done so for the table above, and I think it does give a better feel.

The MPs are ranked on their simple average. I’ve also calculated a weighted average where the number of news stories is given 1/2 weight, number of releases 1/3 weight and number of PQs 1/6th.