UPDATE: Seems the Herald got it wrong, and the reference to earthquakes by Anderton was about him leaving Labour.

Christchurch mayoral aspirant Jim Anderton told CTV on Friday that it would take an earthquake for him to lose the election race against incumbent mayor Bob Parker. 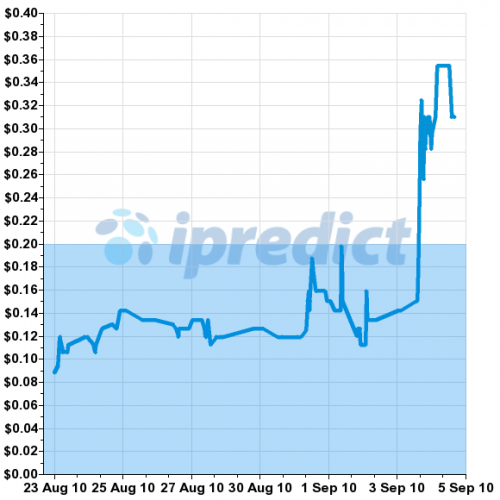 iPredict shows that Bob Parker’s chances of beating Anderton increased three-fold in the aftermath of the earthquake. So Jim may have got what he claimed was necessary for him to lose.