I’m lucky enough to now be a reviewer for Circa Theatre, as well as Downstage. So ended up out at the theatre two nights in a row.

Circa have BeatCamp! on until 30 October, which is a cabaret style show with the Beat Girls.

I’d not actually come across the Beat Girls before, despite them having performed at the 2004 and 2008 Olympics. This was my loss, as they were just fabulous. For two hours they sang and entertained with their takes on everything from hits of the 60s, to the most wonderful piss-take of Amy Winehouse.

I’ve rarely seen an audience so engaged, and loving it – especially as the performers would often leave the stage and get amongst the audience.

There were numerous costume changes – from air hostesses, to whip wielding, to slinky dresses. 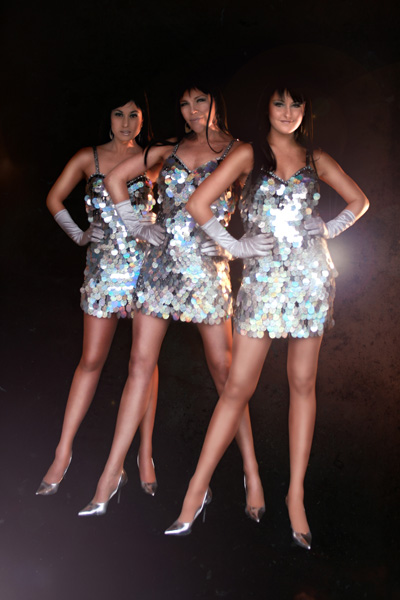 Maureen, Doreen and Chlorine were a fun talented act. Not only very good singers, but performers in the wider sense – their facial expressions, their dancing were all great.

Some productions only appeal to certain people. I have to say I can’t think of anyone at all who wouldn’t enjoy BeatCamp! It would even cheer Jim Anderton up tomorrow night.

I’m not sure what more I can say about how fun it was, except to say that Auckland Girl and I enjoyed it so much, that we plan to attend again – bringing along a group of friends. I would happily go back a second or third time – and there are few productions I’ll say that about.