A fascinating letter turned up in the post the other day. It was a copy of a letter from the Labour Party’s Te Atatu Electorate Committee (LEC) to Party President Andrew Little.

The letter has the unanimous support of the LEC and expresses their “disgust” at the way Chris Carter was treated by Labour.

It is to be expected that they are supportive of their former MP, but what is exceptional about the letter is the explicit statement of no confidence in Phil Goff.

They specifically state Goff’s leadership is uninspiring, and that they are concerned about his policy flip-flops. They attack him for his attacks on Helen Clark’s legacy and say he is betraying the legacy of a popular and successful Labour Government.

They go on to say that they have been expressing these concerns over Goff’s leadership for many months, including to their area representative.

Now remember that this is a letter agreed to unanimously by the LEC. It shows that this is not just an issue about Carter’s travel, but that there is serious discontent with Goff’s leadership in this solid red electorate.

In National over the years I’ve seen electorates get unhappy over various issues and write to the Board about them. I’ve never seen an electorate committee use the harshness of language about the leader, that the Te Atatu LEC is using – its is unprecedented.

The letter is below. You can click twice on each page to see them full size. 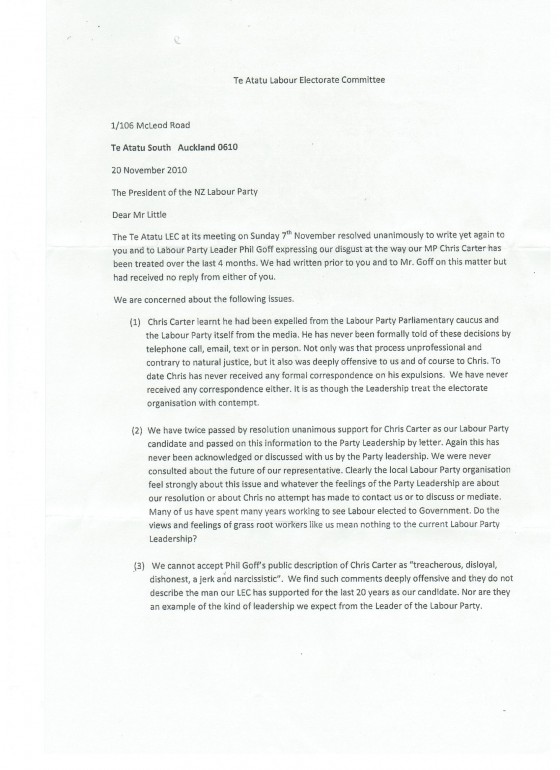 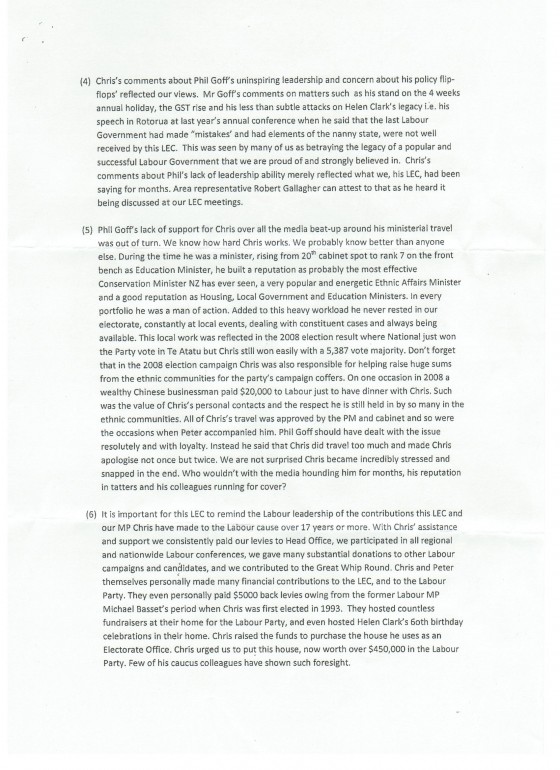 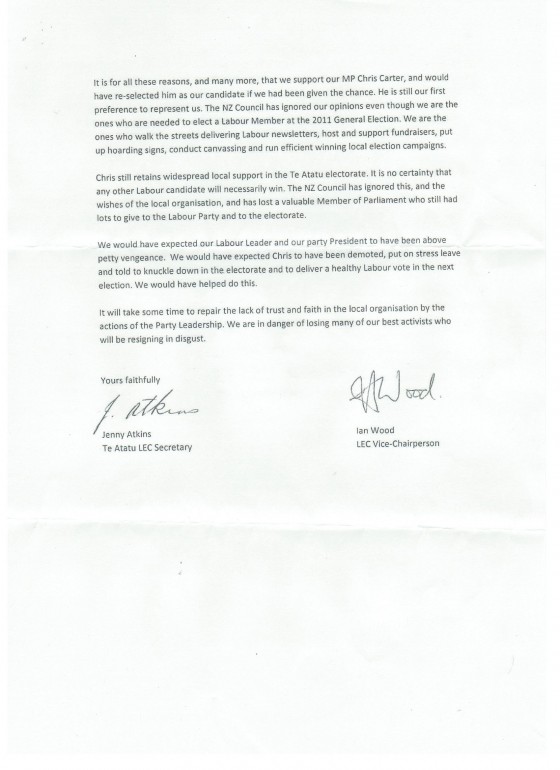 I found the references to Goff betraying Helen Clark’s legacy especially interesting – they indicate to me that the Clark loyalists will roll Goff straight after the 2011 election, unless he wins.