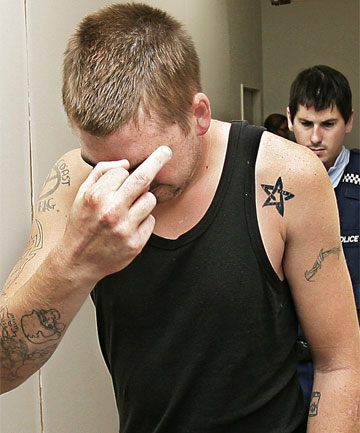 This is the lovely Jed Wilson-Carver, who (allegedly) steals generators while people lie dying in the streets. I covered his criminal past yesterday. Stuff reports:

Fisherman Owen Anthony Jackson, 23, and his co-accused, Jed Wilson-Calver, 22, unemployed, raised their middle fingers to the court after Judge Crosbie denied them bail.

Not even a hint of remorse. The maximum sentence is seven years, if found guilty. Seven years sounds good to me.

In the meantime a viewer sent in a modified photo of big tough Jed. 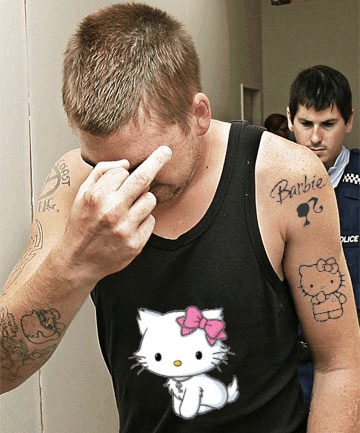