The death toll is now at 123, and sadly there are still around 200 people listed as missing.

We are all hoping the final toll will not increase much more, but sadly I think it may. The 200 listed as missing are very specific – a wife saying their husband has been missing for three days – so they are very likely to be dead.

However some of the missing will be amongst the 123 dead – they have not identified them yet – so let’s say 60 of the 200 are already counted as dead. That would push the death toll to 250.

But it seems that the 200 listed as missing does not include the overseas students etc. If that is so it could push it up close to 300. 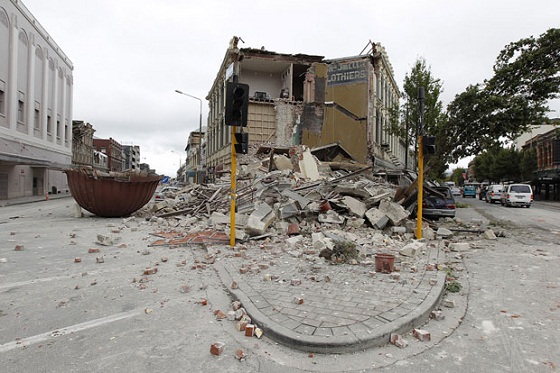 This photo (taken from CNN) was sent in by a reader, of the iconic ANZ Chambers. That open space at the top left is his bedroom. Luckily he was at work, but one can appreciate how traumatic it was at work or home.  A number of friends and acquaintances down there said that this quake really made them think they were going to die. Those of us from outside can only empathise and do what we can from afar.