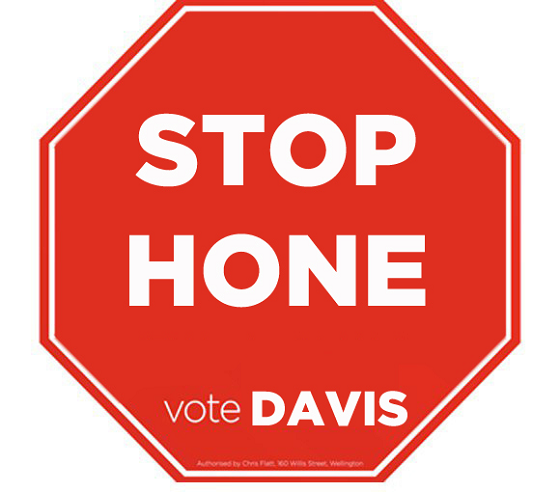 It has become clear over the last couple of weeks that only Kelvin Davis can beat Hone Harawira. The Maori Party want him out of parliament even more than we do. That might explain their choice of a low profile candidate yesterday. As the Herald said :-

The great-grandfather was the surprise pick for the Maori Party, which also interviewed lawyer Mere Mangu and actor Waihoroi Shortland, tipped by many in the north as the frontrunner.

I agree with Trevor and the Herald that the selection of Tipene is a surprise and the other two candidates were much higher profile. It may well be that the Maori Party are being tactical here.

So if you don’t want John Minto to become an MP on the coat tails of Hone Harawira, you need to back Kelvin Davis to win. Even if you do not live in the electorate, you can make a donation to help Kelvin in his campaign. The details are:

Just make sure you mark it as a donation in the reference field for Internet Banking, so you don’t accidentially become a Labour Party member 🙂