I asked earlier this year on the blog where to visit in Scotland, and by far the most common response was the Isle of Skye which is the most northerly of the Inner Hebrides.

You really only appreciate how far north you are by the fact that it only started to get dark at 11.30 pm. No seriously. 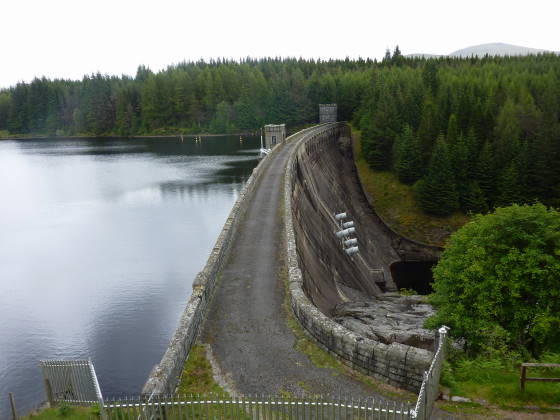 The drive from Edinburgh to the Isle of Skye was six hours, but the scenery was magnificent Lochs and hills everywhere. This photo is of the Laggan Dam on Loch Laggan. Water from the dam flows three miles by tunnel to Fort William. 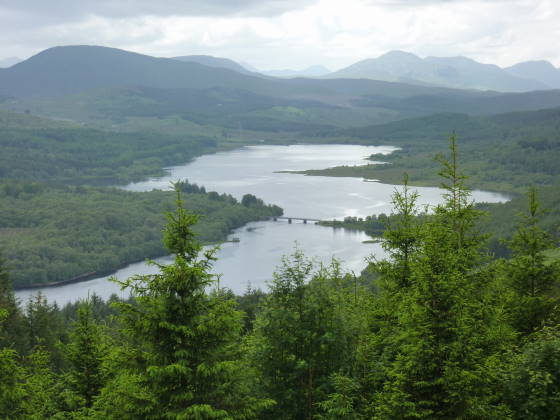 A typical view along the way. 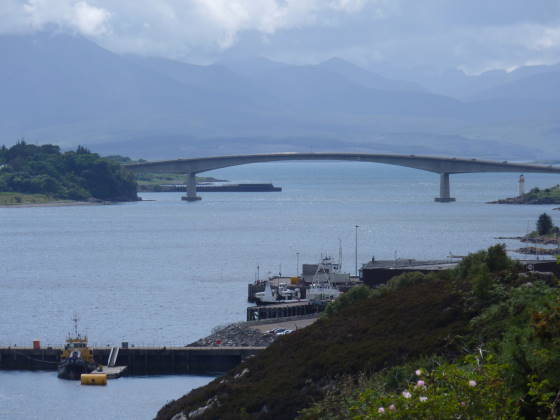 In the distance is the Skye Bridge which connects Skye to mainland Scotland. 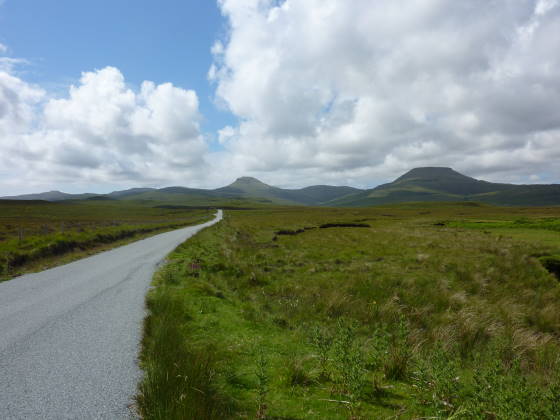 Many of the roads on the island are single width but two-way, so every 200 metres or so there are indents where you can pull over to let ongoing traffic through. 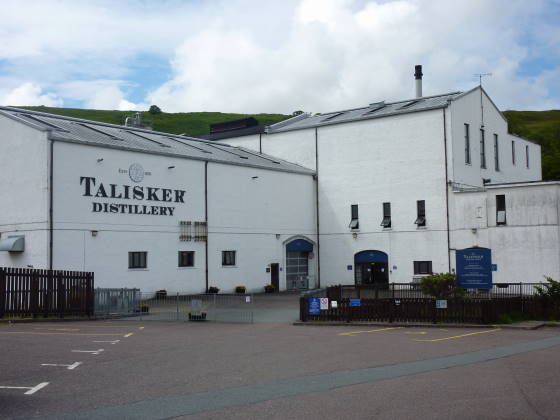 Went on a tour of the wonderful Talisker Distillery and learnt all about how crucial the shape and size of the stills are. Also got to taste their product and happily purchased a bottle of their 57 north single malt. I would have loved to have got their 30 year bottle but the price was rather steep. 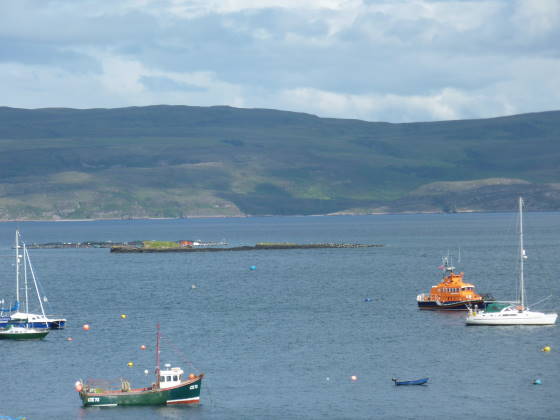 A view from the “capital” Portree. 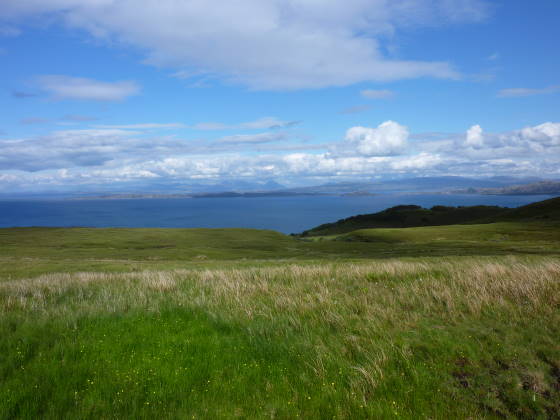 We drove around the north of the island, and it was all views like this. I stopped for so many photos I was asked if I intended to stop at every corner, and my response was only the corners with great views. The response to that, is that is pretty much every corner. 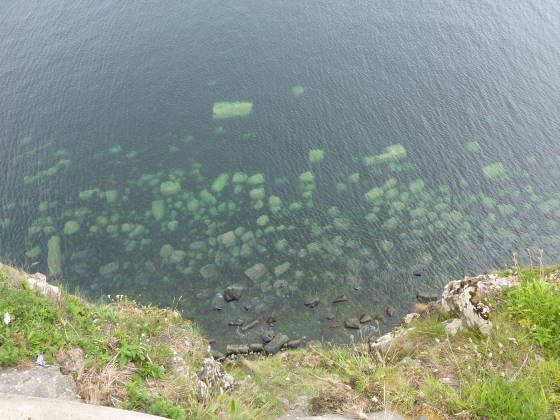 Looking down a very steep cliff, you can see the large boulders at the bottom through the clear ocean. 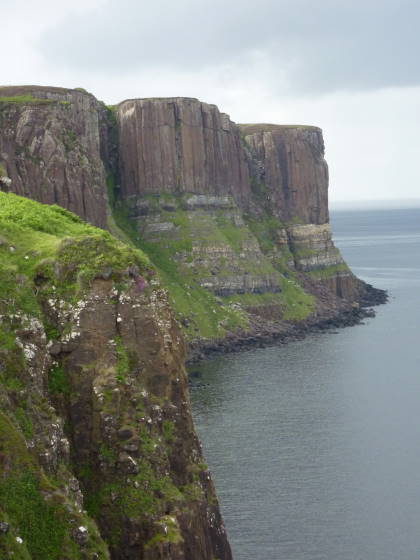 This is known as Kilt Rock. 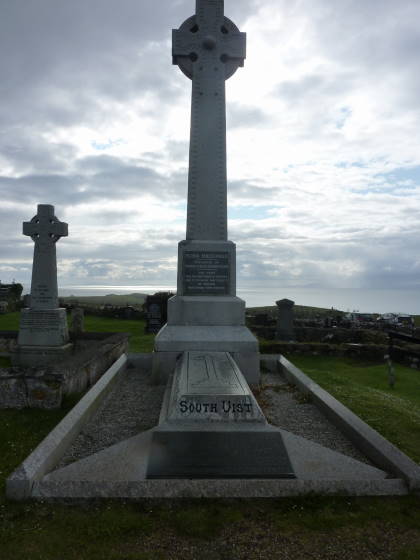 We only discovered this by chance. As driving around the coast by Kilmuir, we noticed this cemetery inland a few hundred metres. This is the resting place of Flora MacDonald who as a 24 year old helped Bonnie Prince Charlie escape the authorities by having him pose as her Irish spinning maid, Betty Burke.

Samuel Johnson said of her “a name that will be mentioned in history, and if courage and fidelity be virtues, mentioned with honour.” 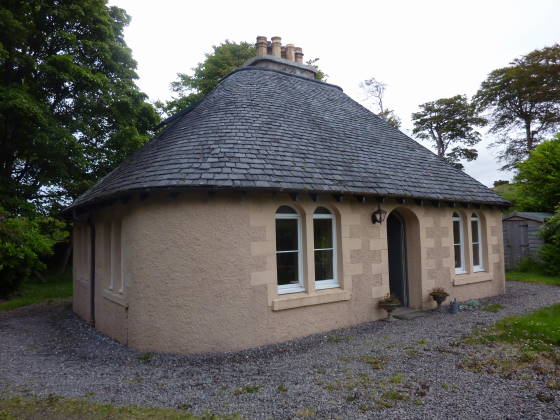 This is the cottage we stayed in near Edinbane on the Isle of Skye. It was wonderfully remote. 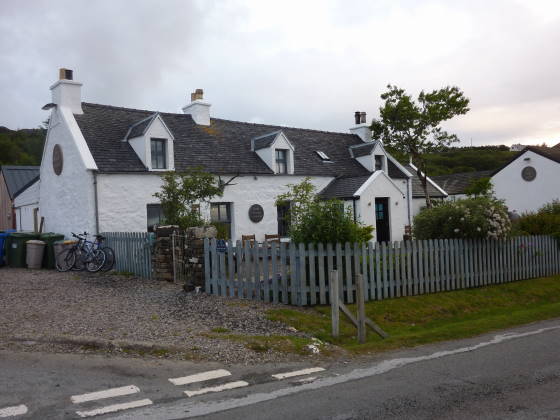 The Three Chimneys Restaurant is not only the best food on the island, but is rated one of the top five restaurants in all of Scotland. They managed to fit us in for a late dinner at 9.45 pm. Normally might be weird eating so late, but as it stayed light until midnight, it was actually wonderful being able to gaze out the window at Loch Dunvegan, at 11.30 pm 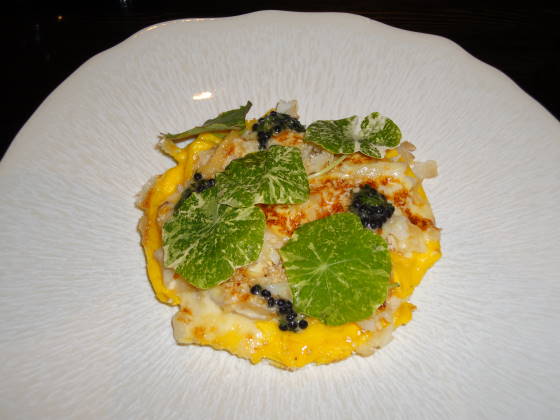 This was my entrée – a haddock omelette. Words can not describe how divine it was. It was the best of food, helped down with some champagne, a Wild Earth pinot noir from Central Otago and finally some dessert wine. All with the sun setting over the beautiful loch. The highlight of the holiday. 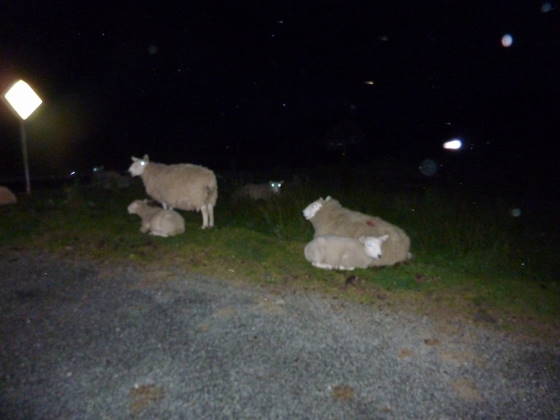 The road home was one of those narrow single width ones, but even worse there were hundreds of sheep sleeping next to or even on the road. Crazy fun. 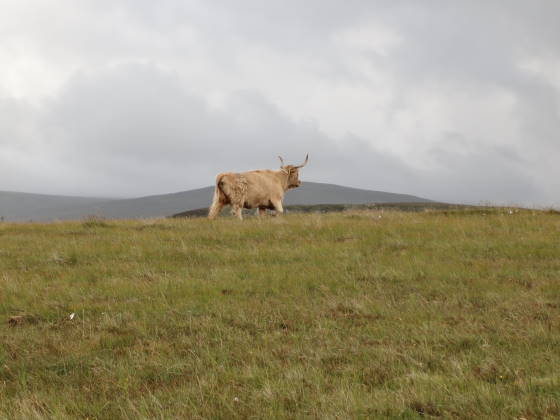 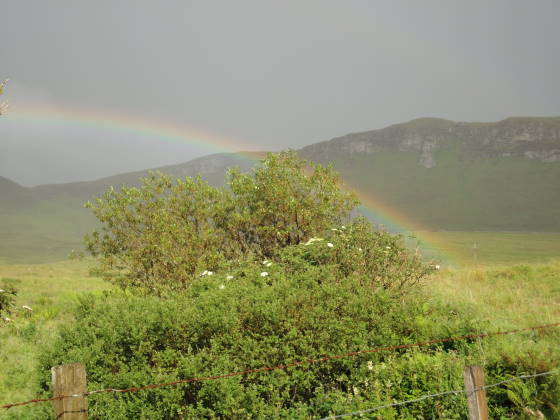 And when you combine rain and sun (which sorts of sums up Scotland), you get a rainbow.