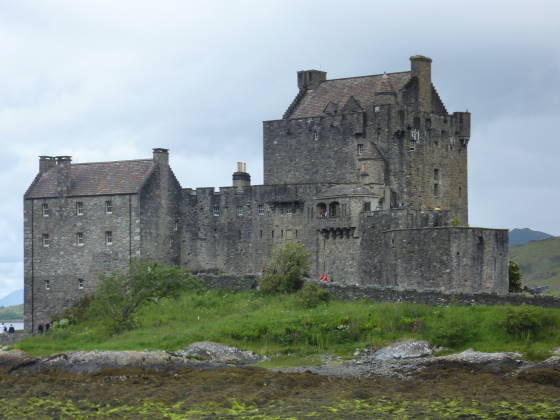 On Thursday we left the Isle of Skye and drove to Glasgow. Just past the Kyle of Lochalsh, is the Eilean Donan Castle. It has featured in many films, especially the great Highlander. 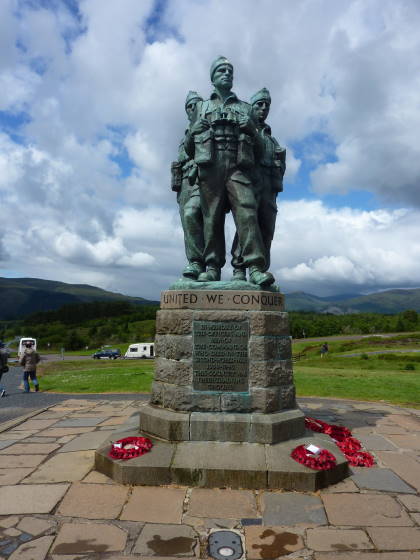 On the road to Fort William is this memorial to the British Commandos who were established in WWII to attack behind enemy lines, and those who have served since. There’s also a section for photos and memorials, which include some who died very recently in Afghanistan. 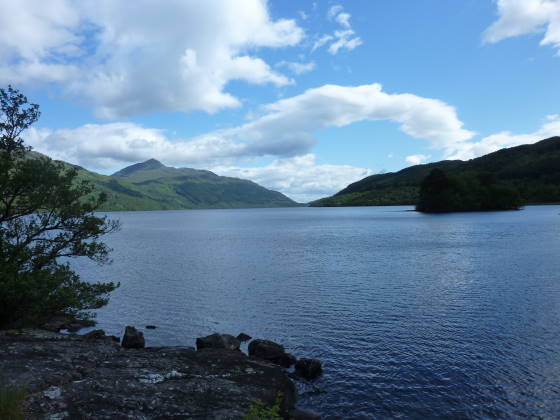 We drove for many miles alongside Loch Lomond. Have been there before but can’t get enough of it.

We spent Thursday night in Glasgow and it was very pleasant. Our apartment was in the golden mile, so hundreds of cafes and restaurants around. Like Cardiff, Glasgow, has changed a lot from its traditional image. 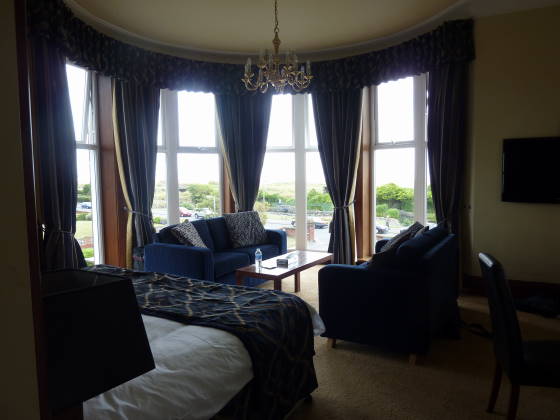 On Friday arrived in Lytham St Annes for pre-wedding drinks. We are staying at The Grand hotel and I love the room with six large windows in a semi-circle meaning it gets lots of sun. 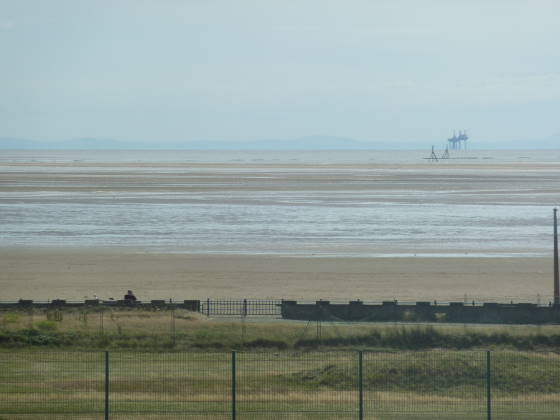 We are on the South Promenade next to the beach, so the views from the room is very English coastal. 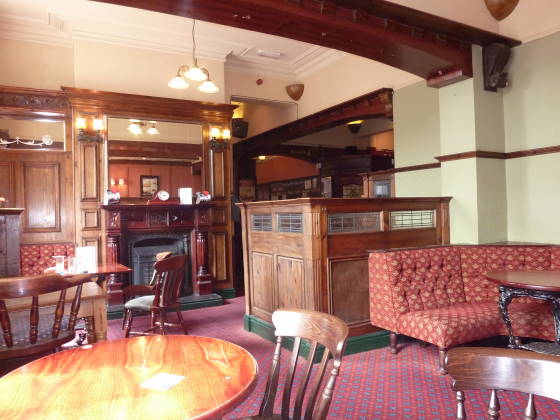 Popped into St Annes for lunch, and found this nice pub called The Victoria. You get a massive lunch for three and a half pounds.

Is now Saturday and the wedding is in two hours so time to get ready!