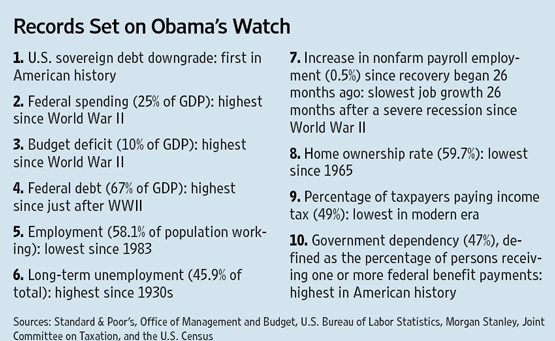 From the Wall Street Journal.

These are not of course all Obama’s fault. But it shows the challenge he will face with re-election. At present his best advantage is the comparative weakness of the Republican contenders.