Just spent two days under canvas in the Chobe National Park in Botswana. No Internet obviously there, in fact electricity was off batteries and generator. Huge amount of wildlife there – so much I will have to blog them by category.

At the end of the trip I’ll also blog in detail on the four safari camps or lodges I stayed at, with the differences between them. So far all have been very good, but quite different. 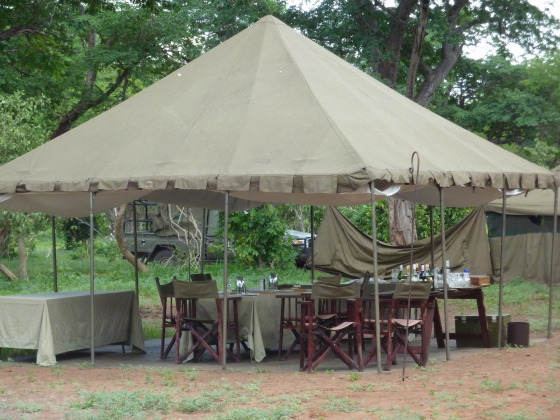 This is the dining area at camp. 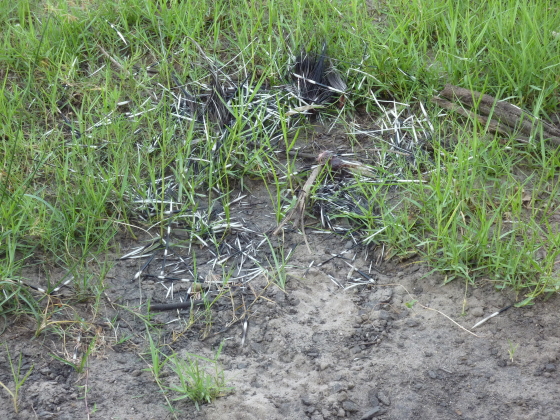 This was a porcupine. Not many animals can kill a porcupine, but something did. 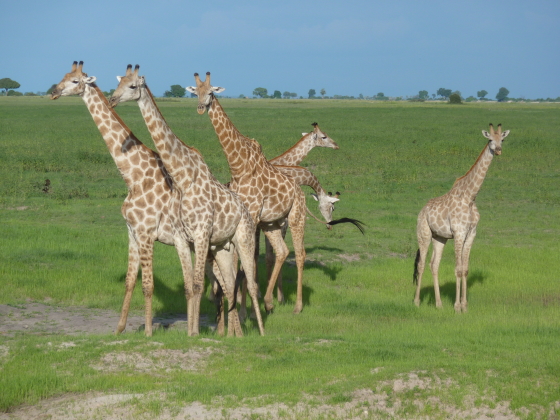 Just because it does not fit elsewhere, included this photo of six giraffes. 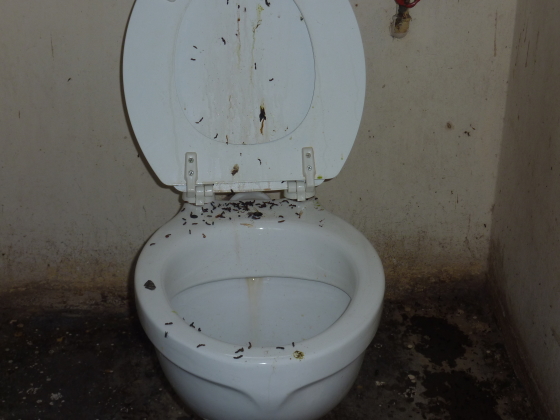 Now relax, this is NOT the toilet at the camp site. Our ones are totally clean. There is a public picnic area and these are the toilets out there. I think you are safer using the bush! 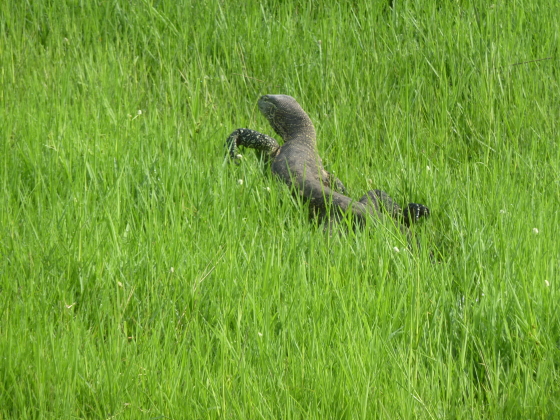 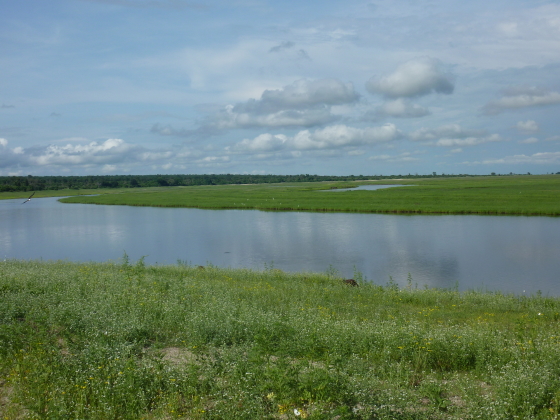 Chobe is very different to Kruger. You had many large open areas, with watering holes and a River. Hence you’ll see in lkater photos large groups of beasts migrating every day to and from the water. 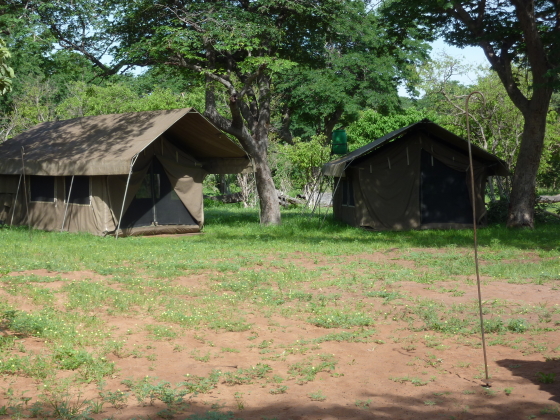 A couple of tents back at the camp. They only have five tents, so a maximum of ten people. The tents are very comfortable – they have a bed in them, and a make-shift shower (think a can with holes). So not quite roughing it like when a Scout, but still a great experience to be in the outdoors. They have to move campsite every five days. 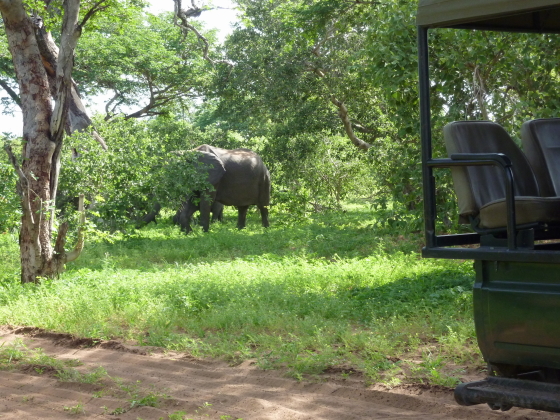 This photo is taken from our dining room, so yes elephants literally walk through the campsite.