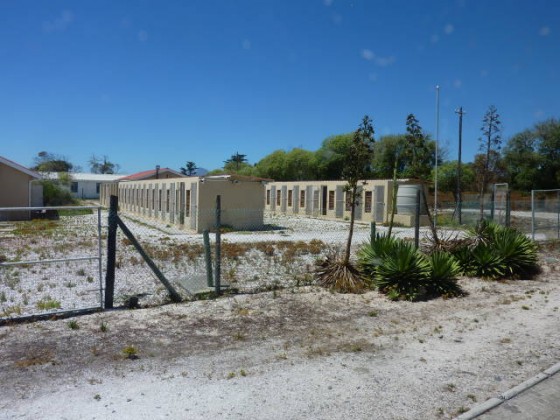 I think most people have heard of Robben Island. It is the island prison 7 kms off shore from Cape Town where Nelson Mandela was jailed for 20 years. Most of the prisoners here were criminal prisoners as distinct from the political prisoners. It is now a museum. 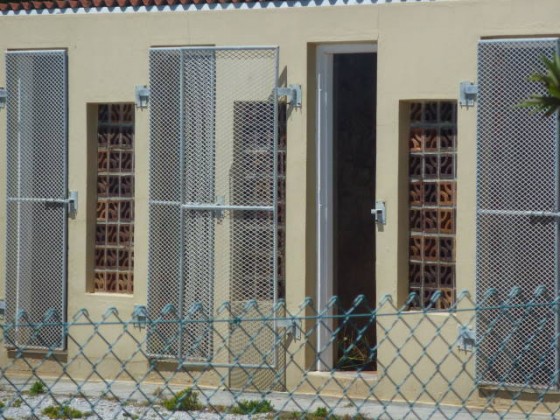 Now like me you might think those cells look pretty bloody small for prisoners. Well as it turns out, these are where the dogs were housed, not the prisonerss.

The average prison cell was in fact half the size of the rooms the dogs had! 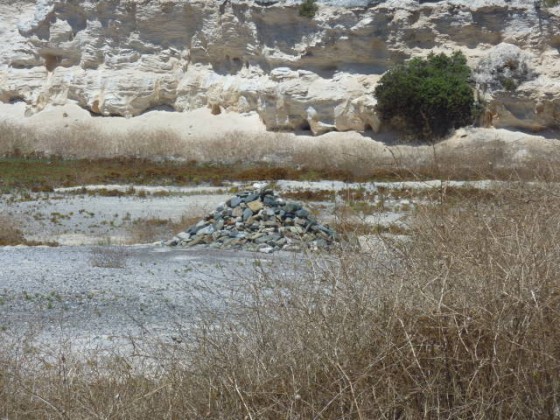 This pile of rocks was started by Nelson Mandela after he visited post-release. Each political prisoner added a stone to the pile. 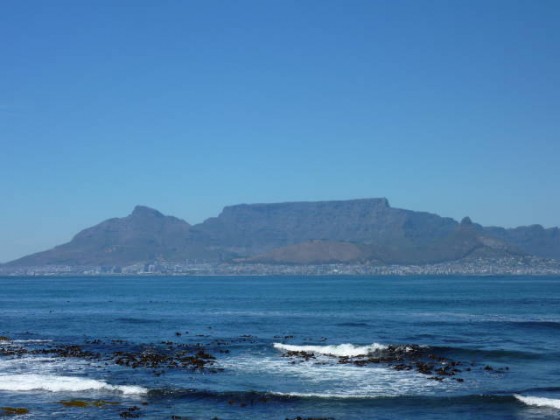 Ironically the prison island has one of the best views of Cape Town, where you can see the city dwarfed by the huge Table Mountain. It’s an iconic view. 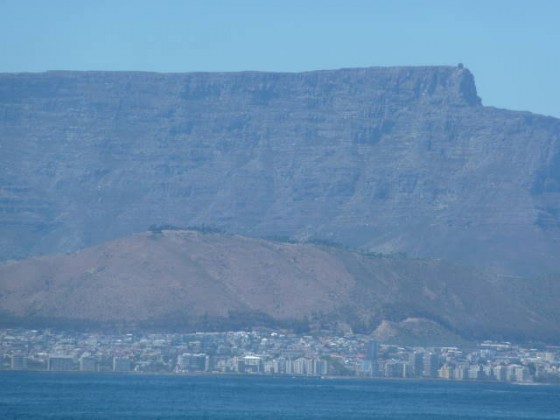 At the right top of Table Mountain you can see where the cable car goes to. This zoom photo from the island gives you a better idea of how much the mountain dwarfs the high rises. 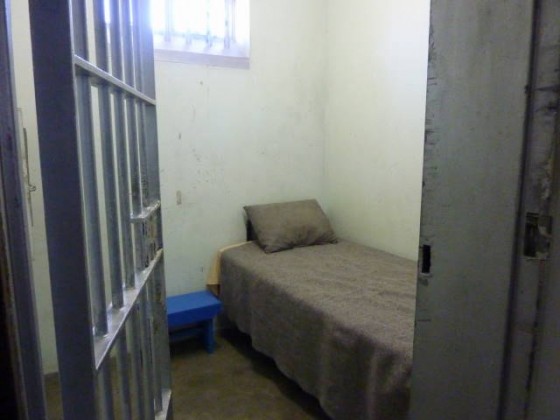 We were shown about by one of the former political prisoners, and there is nothing like a first hand account of what life was like in the prison. This is a typical solo cell. Barely enough room to double bunk! 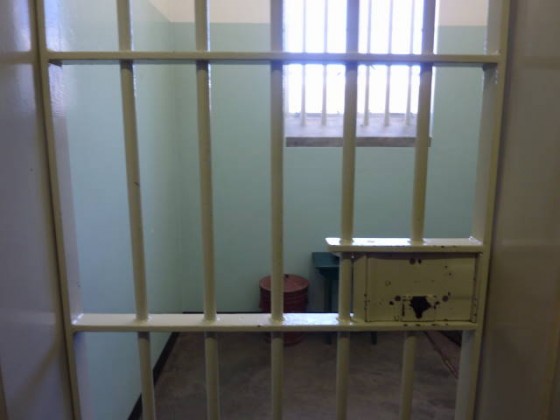 And this was Nelson Mandela’s home for the best part of 20 years.

I’ve often said that if my political enemies locked me up for 27 years, I would not come out of it preaching peace and reconciliation, I would have a list of names, a long list of names, and would not be happy until the list had them all crossed off – like in Kill Bill. But that is why Nelson Mandela is such a great man, and I’m just a vengeful c**t 🙂