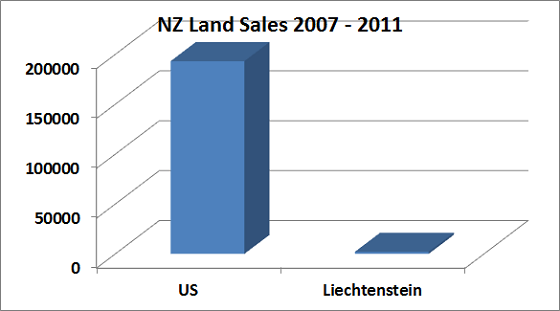 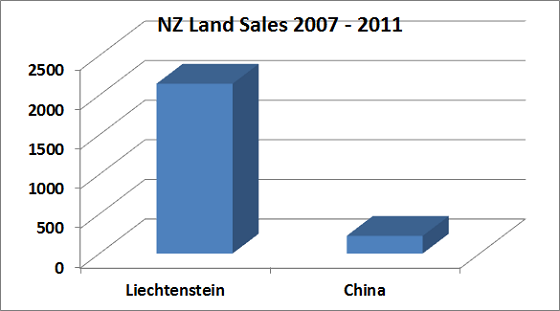 I’ve had to do this over two graphs so one can see how miniscule the amount of land purchased by Chinese domiciled people or companies have been.

This strongly suggests to me that racism has been a significant factor in the opposition to the Crafar sales. There was nothing like this level of outcry when land was sold to people in Liechtenstein or Canada or the UK or Australia.

This is not to say all those against the Crafar sales were motivated by racism. Many opponents are genuinely against all foreign land purchases, but some opposition is clearly based on the race of the purchasers, or worse politicians playing to those sentiments.