A couple of weekends ago did one of my favourite walks from the wind turbine to the Hawkins Hill radar station, along with a couple of friends, a baby and a dog! It was a brilliant day weather wise, which I have to say has been pretty good the last few weeks. 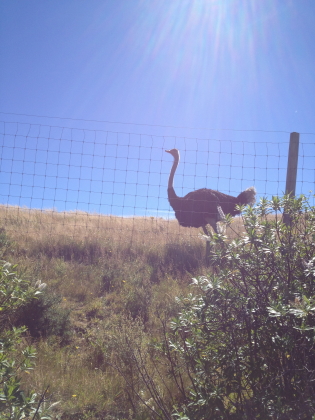 A friendly Emu following us along the fence line. 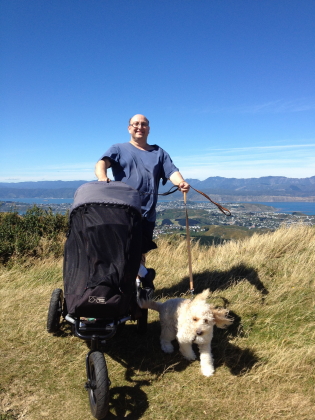 Posing for a photo with said baby and dog. Was very funny as at one point a person passing by commented what a fit family we were. This caused us much merriment as we were not sure what sort of family he thought we were with two women, one man and a baby. We concluded that he probably thought the two girls were lesbian lovers and I was their “donor”. 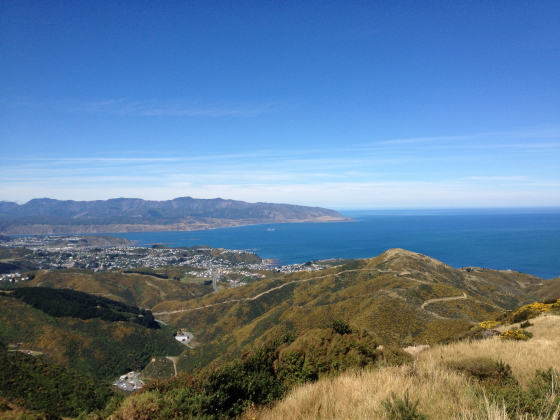 The views of the south coast and suburbs are just stunning. 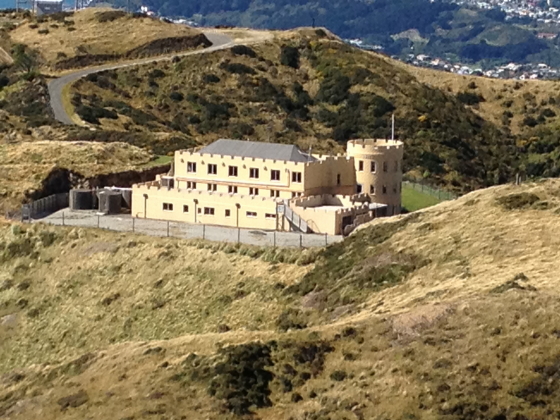 The Wellington Castle, from above. Had a brief exchange of pleasantries with the owner as he was driving out his front gate. I didn’t tell him that I wanted to purchase the castle one day as a headquarters for the Vast Right Wing Conspiracy. 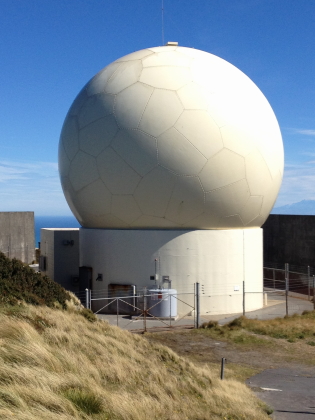