Valerie Adams says she was overcome with emotion at the news that she has been awarded the Olympic gold medal in the women’s shot put.

Adams has been awarded the medal, after the International Olympic Committee (IOC) announced today that Belarus’s Nadzeya Ostapchuk, 33, was excluded from competition following a positive test for metenolone.

“I am speechless with this news. It is taking me some time to take this in,” said Adams from her base in Switzerland.

“It is huge and I am absolutely thrilled of course. It makes me extraordinarily proud as a New Zealander.

“It is also encouraging for those athletes, like myself who are proud to compete cleanly, that the system works and doping cheats are caught,” she said.

The New Zealand Olympic Committee Secretary General Kereyn Smith congratulated Adams on her gold medal and says the honour is well deserved. She added that the vast majority of New Zealand athletes are proud to compete cleanly on the world’s stage.

New Zealand Chef de Mission Dave Currie said the news was wonderful and he is very proud of Adams.

Adams threw 20.70m in the shot put final at the Olympic Stadium on 6 August and was awarded silver behind the Belarusian who had taken gold with 21.36m. It was the first time Adams had been beaten by Ostapchuk in nearly two years.

Very very pleased for Adams. Thankfully Ostapchuk is the only medalist to fail a drug test to date. 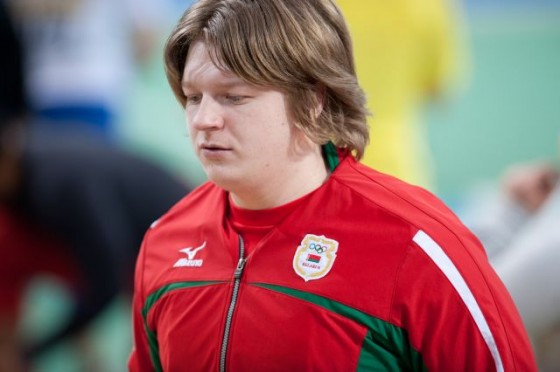 Ostapchuk had been openly speculated about as a drug cheat, due to her sudden improvement in performance, and I’m not sure too many were deeply surprised by the finding.

I was on NewstalkZb with Pam Corkery the day she beat Adams for the gold, and we were asked about possible drug cheating. I was fairly diplomatic and said her improvement has been suspicious but we shouldn’t be bad losers, and give her the benefit of the doubt unless she subsequently fails.

Pam, rather hilariously, said that Ostapchuk should be required to give a semen sample as her drugs test. Both Larry Williams and I took some time to stop laughing. Yes, rather cruel, but also rather funny – and the confirmation Ostapchuk was using Metenolone which has androgenic properties, means that it is self-inflicted.

It is interesting that Ostapchuk passed drugs tests on 25 July, 26 July and 1 August but failed on 5 August and 6 August. The tests she passed were done before the games. I hope they inquire into the testing agency that did those ones.