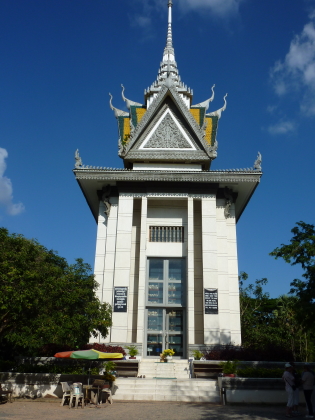 This is the main memorial at Choeung Ek, the most famous of the Killing Fields.

It is difficult to imagine how barbaric the rule of the communist Khmer Rouge was. They killed around two million of their own citizens, which was 25% of the population. Our tour guide has his uncle killed by the Khmer Rouge. His crime – he was a professor.

The Khmer Rouge wanted to kill anyone suspected of “free-market” activities and suspected capitalists included professionals, almost everyone with an education, and urban dwellers. 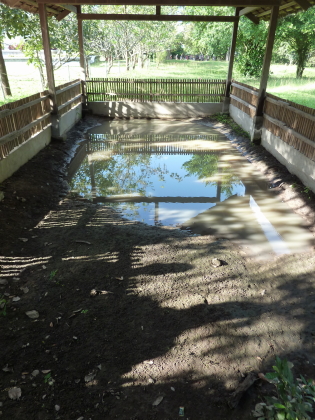 The rule of the Khmer Rouge was beyond insane. To quote Wikipedia:

During their four years in power, the Khmer Rouge overworked and starved the population, at the same time executing selected groups who they believed to be enemies of the state or spies or had the potential to undermine the new state. People who they perceived to be intellectuals or even those that had stereotypical signs of learning, such as glasses, would also be killed. People would also be executed for attempting to escape the communes or for breaching minor rules. If caught, offenders were taken quietly off to a distant forest or field after sunset and killed.

All religion was banned by the Khmer Rouge. Any people seen taking part in religious rituals or services would be executed. Several Buddhists, Muslims, and Christians were killed for exercising their beliefs. Family relationships not sanctioned by the state were also banned, and family members could be put to death for communicating with each other. Married couples were only allowed to visit each other on a limited basis. If people were seen being engaged in sexual activity, they would be killed immediately. 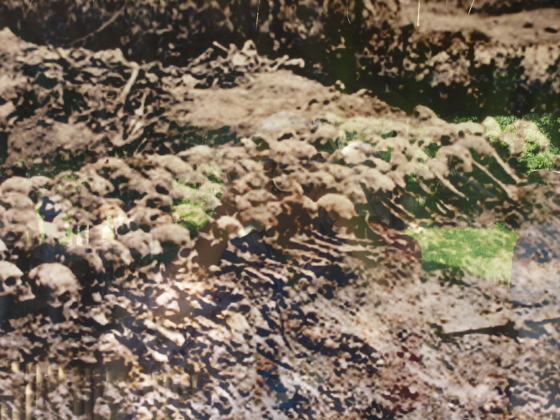 A photo of the remains as they were excavated. 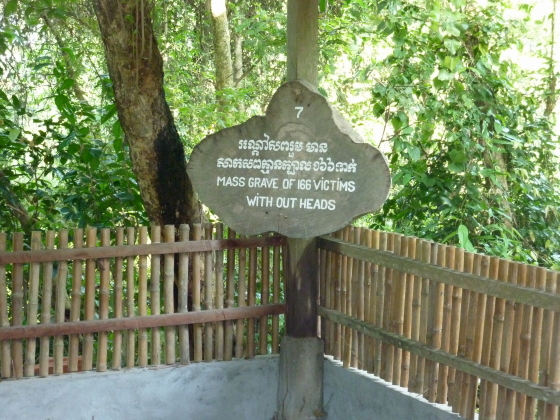 Those without heads tended to be Vietnamese, who were especially hated. Even today, there is still a lot of friction. Our Cambodian guide spent a lot of time telling us about the evils inflicted on Cambodia by Vietnam, and saying how he couldn’t tell us this in front of his boss, who is Vietnamese. 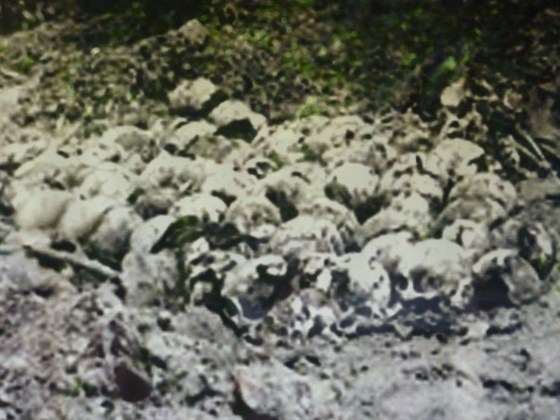 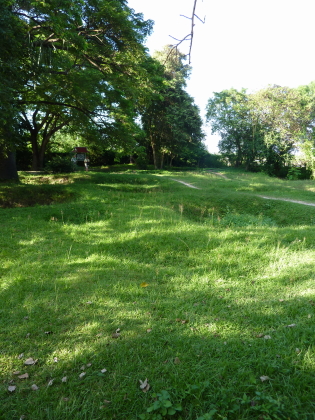 Each of those depressions is a mass grave. 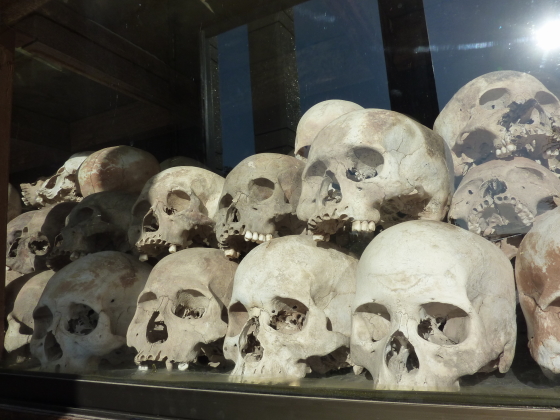 The memorial has over 5,000 human skulls in it. 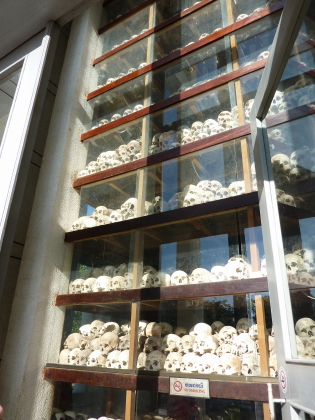 A sombre and ghastly memorial, which sears your soul. This happened in my lifetime. The executions were often carried out using poison, spades, sharpened bamboo sticks, or for children having their heads bashed against the trunks of trees.

It is hard to not be affected by the knowledge of what happened at this site, and all over Cambodia. Afterwards no-one spoke for a long time.

I hope there is a hell, just so Pol Pot and his comrades can spend eternity there.  Their crimes almost have no parallel.