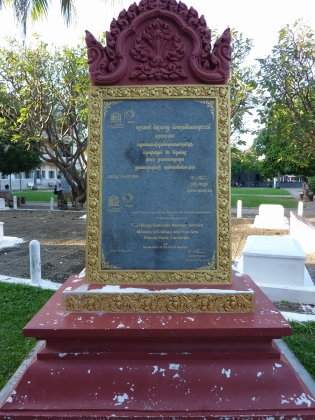 This was Security Prison 21 (S-21) and is now the Tuol Sleng Genocide Museum. Tuol Sleng means Hill of the Poisonous Trees.

It used to be a high school, but was turned into a torture centre. Around 17,000 to 20,000 were imprisoned here, with as many as 1,500 at a time. Almost all of them were tortured until they confessed to something. 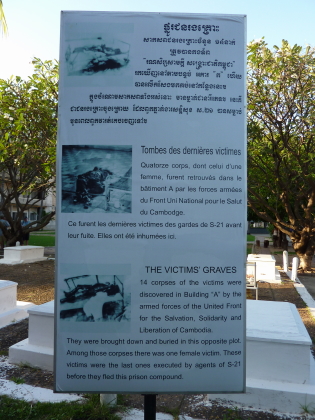 When this place was liberated they found 14 corposes here. 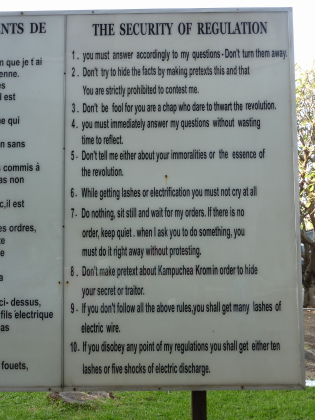 The 10 rules of the camp, translated. 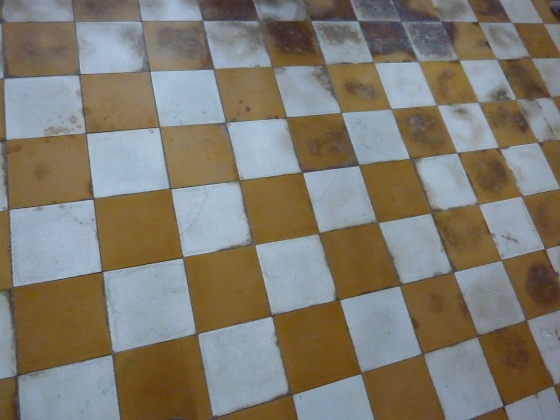 See those dark areas on the floor. That’s blood. 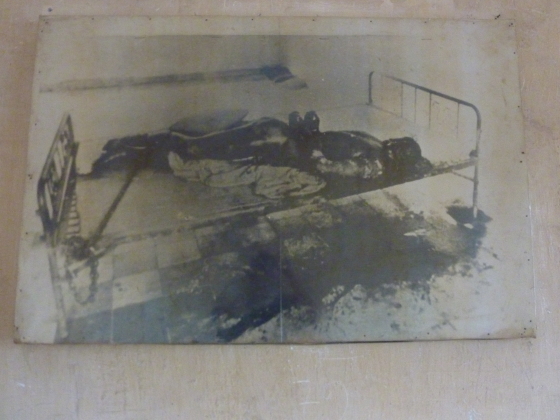 A photo of one of the corpses they found at the camp.  They were kept chained to the bed. 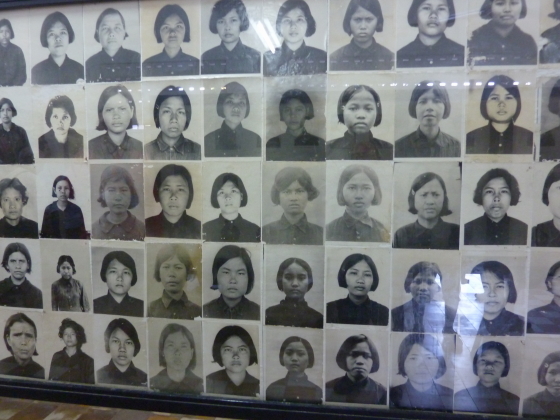 Pardon the reflection from the glass but near impossible to avoid. These are a small portion of the thousands of photos up on the walls of victims.  They were tortured and killed – not for anything they did, but just because of the paranoid genocidal rulers. One New Zealander also died at this camp. 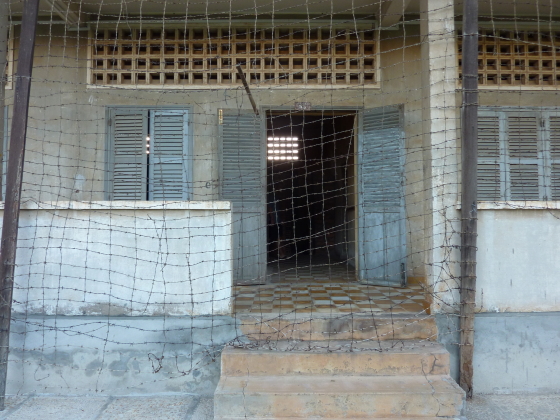 The barbed wire was there not just to stop prisoners escaping, but on the higher levels to stop them killing themselves by jumping off. 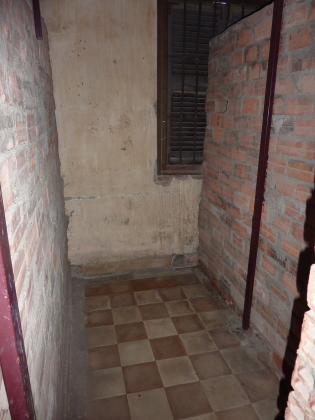 This was a typical cell where one or more people would live. 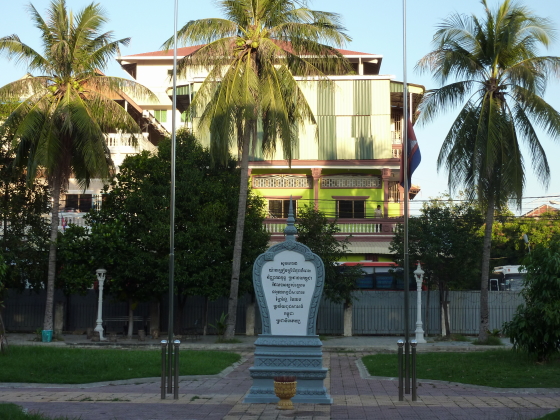 The Cambodian flag flies at permanent half mast here.

Of the 17,000 who went into Tuol Sleng, just three survived.

The commander of the camp was Kang Kek Iew or Comrade Duch. He was free from 1979 to 1999. He lived abroad in Thailand and China and worked as a teacher of English and maths. He then became a christian lay preacher and once remarked “I don’t know if my brothers and sisters can forgive the sins I’ve committed against the people”.

He was right. A photojournalist tracked him down in 1999, and in 2007 he was put on trial. He was found guilty of crimes against humanity, torture and rape.  He was eventually given a life sentence with no parole. He is aged 59.

His prison cell will be like a five star hotel compared to the conditions in the prison he supervised.  Some crimes can never be atoned for, and his fall into that category.