The War Remnants Museum in Saigon ranges from the interesting to the horrific. It is hard not to be affected by the photos of those deformed by Agent Orange.

They say that winners in war get to write the history books, and that is true here.  The museum naturally highlights the excesses of the South Vietnam forces and the US and French, while not mentioning the 720,000 South Vietnamese civilians who were killed, including at least 100,000 executions.

However let’s not pretend there were not atrocities on all sides. Unlike WWII where there was pretty well defined good and evil, Vietnam was not treated well by its French colonial masters, and both the US and South Vietnam bear some responsibility for reneging on the 1954 Geneva Conference accord to have a national referendum in 1956. To be fair to them, they had never accepted the referendum, but that was the basis on which there was a truce.

Vietnam seems to have been a choice between worse and worst when it comes to the leadership of both South and North Vietnam. Having said that when we look at South Korea, their leadership used to be pretty malignant also, but they have matured into a reasonable democracy  Vietnam remains a one party state – nominally communist – but in the China sense, rather than the USSR sense. The Government may be communist, but from what I have observed very few of the locals are. 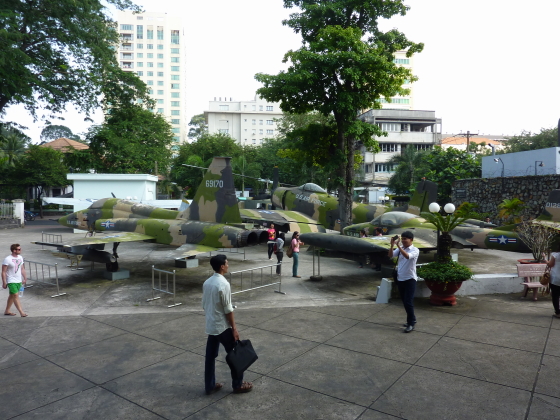 The museum courtyard has a number of planes that were used by the US in the war. 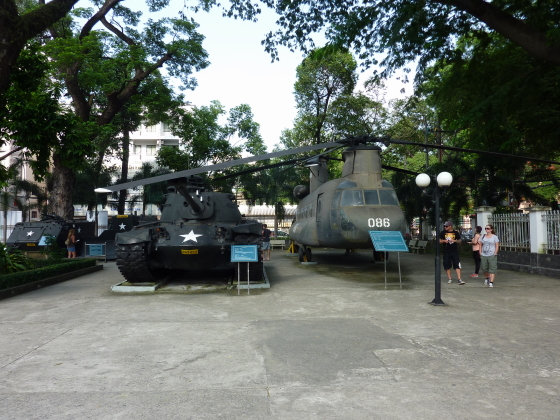 You don’t realise how big those choppers were until you see one up close. 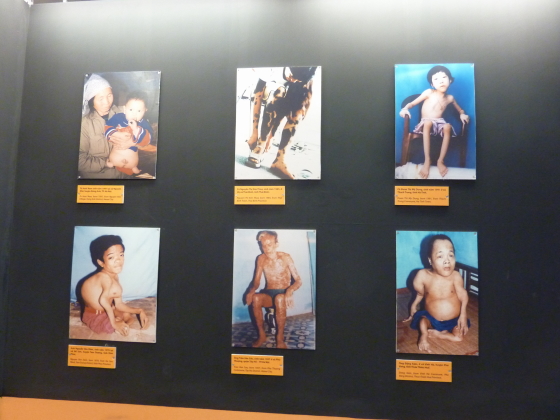 If you ever want to be convinced why chemical warfare is wrong, then tour the museum. There is a whole section showing the effects on not just those alive at the time, but future generations. It is heart-breaking.  War is sometimes a necessary evil, but chemicals should not play a part – whether targeted directly against humans, or on the crops. 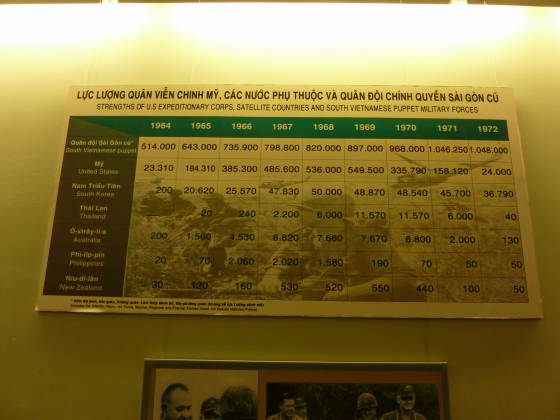 A chart of combatants by country and year. Note New Zealand down the bottom.

As I said at the beginning, the museum is obviously slanted to reflect the views of the Vietnamese Government. However that doesn’t mean it isn’t a must see if you are in Saigon. If nothing else, a stark reminder of the brutality of war.