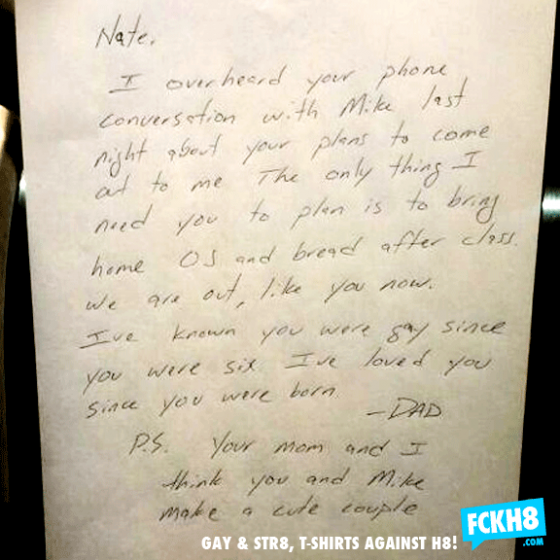 This is a real letter written by a father who overheard his son talking about how to come out to his parents. Nate took a photo of it and sent it to FCKH8. On Facebook it has had around 81,000 likes and 49,000 shares.