I was sitting at home waiting for poll data to come in and my computer reminded me I was due at Beep Test* in half an hour. I thought to myself “What the hell is Beep Test*” and then remembered it is a Fringe Festival production I had been invited to attend and review.

So I quickly headed down to the Thistle Hall on Cuba Street and entered the hall. The first thing I noticed is that (apart from John Smythe) I was possibly the oldest person there. This is quite different to many theatre outings when I am almost the youngest 🙂

So I sat down reasonably confused, and having no idea of what it would all mean.

At the end of the night, I’m not sure I was any wiser about what it all meant, but I did enjoy a cool night of frenetic fun. It was classic fringe festival where you are equal parts amused and bemused.

If you spend too much time trying to work out why she is wearing a gold cocktail dress on top of her gym gear, you’ll go mad. You just enjoy that she is, and somehow it works.

Normally in a review I’d give an outline of the production, but I don’t want to give too much away as the fun is in finding out what happens next. But a few details.

The main event so to speak is seeing the two actors (Simon Haren and Isobel MacKinnon from Binge Culture) run from end to end of the hall as the robotic voice tells them to. The pace gets faster and faster and you get quite enthralled at seeing how long they can last. But it isn’t just them, audience members are encouraged to take part also and around 20 start off doing it. And they don’t just run – they bounce off the walls, they do high fives, and more.

That wasn’t the only audience participation (the whole show is about audience participation). One unlucky soul gets picked to go up onto the sofa for a multi-choice interview, again against an ever quicker count down. I was unfortunately the chosen one in this case and had to answer a dozen questions such as whether at school I was popular, weird or other (I said all of the above). Then as the clock runs out, the two hosts end up leading the audience in dancing and somehow Isobel and myself spend a couple of minutes doing a Tom Cruise impression holding hands and jumping up and down on the interview couch in best Oprah style. Very hilarious and surreal. Luckily for the couch this production wasn’t a year ago 🙂

There’s other fun segments also such as the maths tests and the stand up comic routines. The whole show lasts an hour, and was an excellent way to live up an otherwise boring weeknight.

Not everyone is into fringe humour, but if you are this is a great fun show to go along to.

I enjoyed it so much, I am almost considering going back on Thursday. Not so much to see the show again, but because I regret not taking part in the running segment. I reckon I could have lasted until the final few. Mind you they were saying that one of the guests at a future show is a marathon runner so best you don’t try to keep up with him! 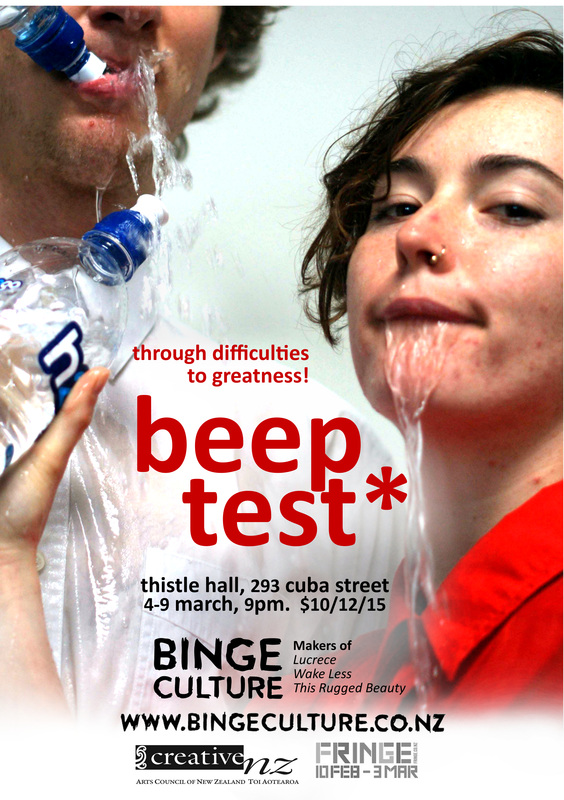